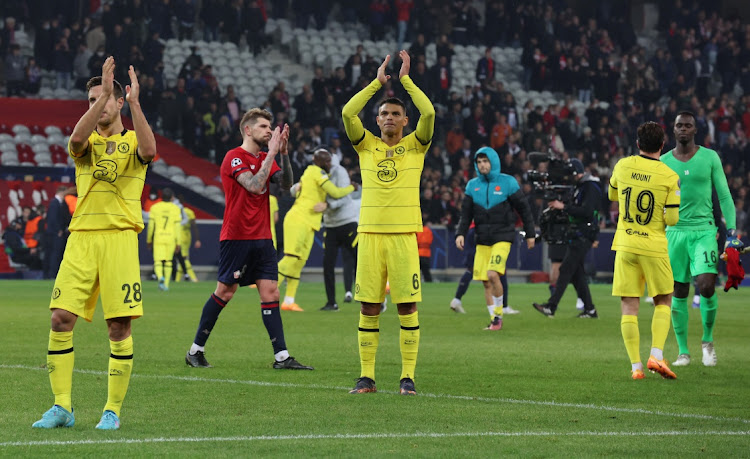 Chelsea coach Thomas Tuchel paid tribute to everyone at Chelsea after the defending champions reached the Uefa Champions League quarter-finals on Wednesday following a week of turmoil off the pitch.

The London club, operating on a special licence from the British government that has limited their spending and impacted their operations after sanctions against their Russian owner Roman Abramovich following Russia's invasion of Ukraine, won 2-1 at Lille to secure a 4-1 aggregate victory.

"We are all competitors and I always experienced, from day one, a very competitive spirit and club. I think it's so clear what Chelsea demands from every employee and player.

"So play your role and play to the limit," Tuchel, who led Chelsea to the European title in his first season in charge, told a news conference.

Chelsea proved in at the Pierre Mauroy stadium with a ruthless performance with Christian Pulisic and Cesar Azpilicueta scoring either side of the interval to make the most of their opponents' lapses in concentration.

Regardless of the result, Tuchel said the context would not provide him with excuses as his team are focused on their pitch performance.

"There's always a thin line as to why things are difficult and excuses. We have responsibility and we take that. Once you work for Chelsea, this is what you do," he said.

"Once you work for Chelsea, you work at the limit and it's what you do on a daily basis."

Looking ahead to the quarter-finals, the German said Chelsea would again be tough to beat.

"I want us to be the team nobody wants to play. That's the role we want to see ourselves in this last eight," he said.