Allegri fumes at questions over Juventus season after Villarreal loss 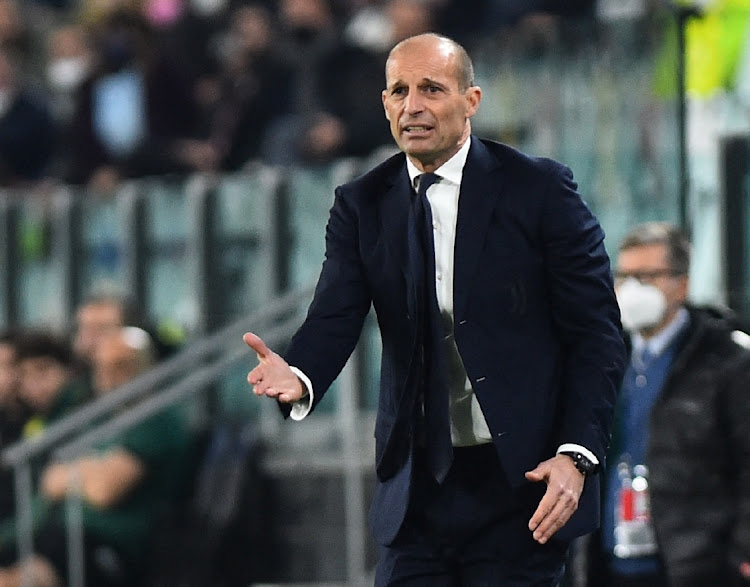 Allegri's team slipped to a 3-0 home defeat to the side sitting seventh in Spain's LaLiga to crash out at the Champions League last-16 stage for the third season in a row, having lost 4-1 on aggregate.

Serie A's most successful side have not enjoyed the most fruitful season domestically either. They are fourth in the standings, seven points behind leaders AC Milan.

"I knew that people would talk about a failure in case of elimination, but that's intellectual dishonesty," Allegri angrily told reporters when questioned about Juve's campaign.

"We are disappointed and we'll make our assessments to improve the team. We do that every year.

"We also need to be realists. There are 10 teams in Europe superior to Juventus. It's no shame, it's a fact.

"I agree that we had to qualify today, but it was not easy.

"It's useless to talk now, we must remain quiet, focus on the league and the Coppa Italia to see if we can take a trophy at home."

Three late goals from Gerard Moreno, Pau Torres and Arnaut Danjuma sent Villarreal through to the quarter-finals of the competition for the first time since 2008-09.

Villarreal manager Unai Emery has also progressed from a tie in the knockout stages of the Champions League for the first time, having previously been eliminated in the last 16 in each of his three attempts - with Valencia in 2010-11 and Paris St Germain in 2016-17 and 2017-18.

"We had a gameplan," Emery said.

"We knew there'd be tough moments but we looked after Gerard and wanted him to come on only when we knew it was right. Today he showed he's really back.

"Whoever we get next will be a top side, just like we faced today."