Broos on why Jali cannot make the Bafana squad: ‘This is a choice I made’ 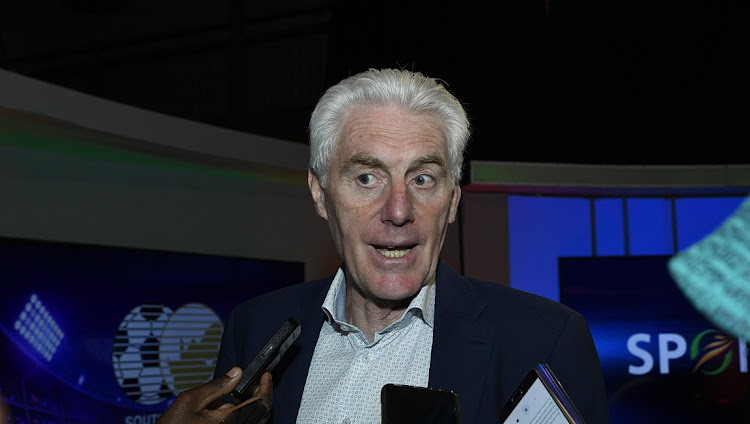 Bafana Bafana coach Hugo Broos speaks to the media after his squad announcement for the friendlies against Guinea and France.
Image: Sydney Mahlangu/BackpagePix

Hugo Broos says he made a decision for a youth emphasis in Bafana Bafana and he is sticking to it, so Andile Jali, arguably the DStv Premiership’s most in-form midfielder, will remain an unfortunate casualty of that.

Bafana coach Broos’ youth emphasis since his appointment in May last year has divided pundits and Premiership coaches. However it has earned him popularity among the public, who felt that years of poor results and a previous generation that underachieved necessitated a new broom in national team playing personnel.

The adventurous approach saw an exuberant, energetic Bafana run Ghana close in their 2022 World Cup qualifying Group G. SA bowed out on the same points (13) and goal difference (+4) as the Black Stars, but just less goals scored — and some controversial refereeing decisions in the final game in Cape Coast.

But it has also meant 31-year-old Jali — playing himself into contention for Premiership Player of the Season with scintillating form at runaway leaders Sundowns — has been left out in the cold.

Bafana Bafana coach Hugo Broos has named his 23-man squad for this month's friendlies against Guinea and France.
Sport
3 months ago

“I know Jali very well because he played in Belgium. And this is a choice I made from the beginning. And I’m still OK for myself with that choice.

“So I will try other players. Jali is an older player too. So I think that with the younger players I have now, I am [also] looking for other types of players in the midfield.”

Initially overweight having spent six months sidelined in Belgium, he regained his fitness. In 2021-22 he has commanded the Sundowns midfield in a fashion even eclipsing his younger days at the Buccaneers, where Jali was a key member of the back-to-back treble-winning teams of 2010-11 and 2011-12, and Pirates’ combination that reached the 2013 Caf Champions League final.

Broos was speaking after announcing his squad at the SABC studios in Auckland Park, Johannesburg for Bafana's friendlies against Guinea in Belgium on March 25 and world champions France in Lille on March 29.