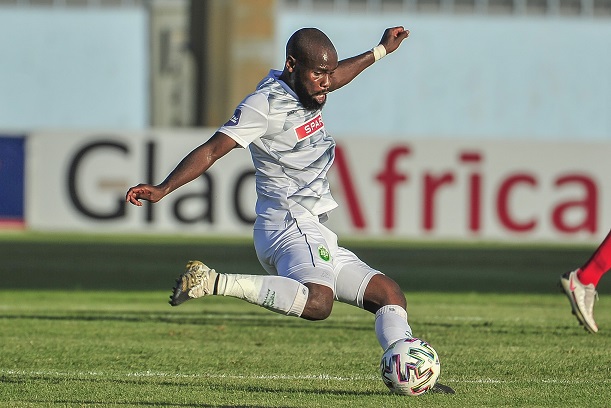 AmaZulu FC skipper Makhehlene Makhaula says they are determined to do well against ES Setif in Algeria on Saturday.
Image: Deryck Foster/BackpagePix/Gallo Images

Though Usuthu have struggled on the domestic front this season, they have punched above their weight on the international stage.

Makhaula and his teammates recently caused a major upset when they defeated Setif by 1-0 in SA, resulting in the management of the Algerian giants sacking coach Nabil Kouki. Setif are currently led by coach Redha Bendris.

Makhaula expects the Algerians to throw everything at them, driven by a quest for revenge and to avoid the "Caf newbies" completing a double over them.

“They have a new coach and it is obvious t they will want revenge, but we are going there with a full squad and a good mentality. The preparations have been really good and everything seems to be in order for us,” Makhaula said.

“It’s going to be a very difficult game for us because we are playing away from home. But we have to win this game. We expect them to come at us with everything they have, so we need to maintain the tempo of the game.”

The Benni McCarthy coached Usuthu heads to the crucial fixture on the back of disappointing results in the domestic league.

Usuthu played to a 2-all draw against Stellenbosch FC and lost 2-0 to SuperSport United.

However, the skipper insisted they’ve worked on their problems and all the players are in the right space mentally.

“The coaches have prepared us well,” Makhaula said.

“We need to make sure we don’t concede early and that we take our chances as well because chances will always be there. We will create the chances.

“We need those three points to get ourselves in a good position to qualify for the quarter-final.”

After three matches, AmaZulu are second in Group B with a total of six points, three points behind top-of-the-table Raja Casablanca and three points ahead of Setif.

A victory against the third-placed Algerians will give a huge boost to their chances of proceeding to the quarter-finals.