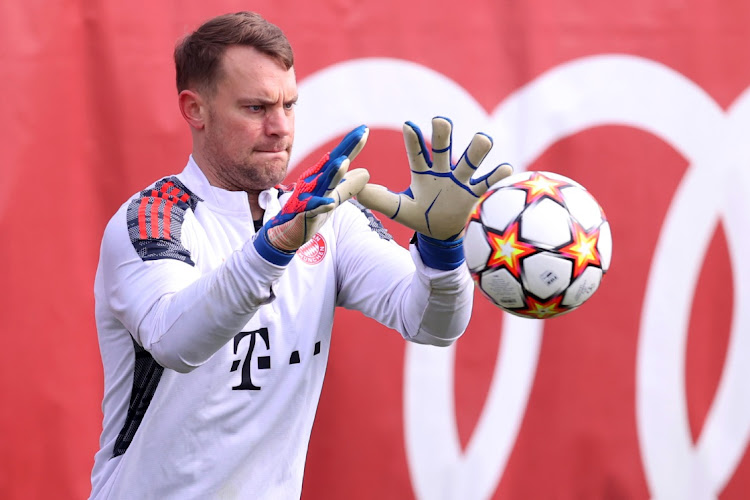 Neuer, who had missed the 1-1 first-leg draw in Austria, has been out for a month after having knee surgery in February. His services will in high demand tonight with Bayern desperate to remain in the running for European silverware

"If there is no reaction to the knee then he will be able to play," Nagelsmann told an online news conference. "We know of his importance as a player and person for Bayern. I am happy that he is back and hopefully (will) play tomorrow."

Bayern are the overwhelming favourites to reach the quarter-finals but are under pressure to advance following their last-gasp equaliser to avoid defeat in the first leg.

A rule change this season means ties that are level after the second leg go to extra time and penalty shootouts irrespective of the number of away goals scored.

Bayern are nine points clear at the top of the Bundesliga but they slipped up with a 1-1 home draw against Bayer Leverkusen on Saturday and are also out of the German Cup.

"Obviously, we know it's an important game for us," said Nagelsmann, in his first season at Bayern. "If we do not get a positive result it is clear that it won't be a special season.

"But I do not expect that we will be eliminated. I have the justified hope that we will advance and that should be our demand and we have to deliver the performance to match that. We need to keep up the tempo over the entire 90 minutes."

Klopp warns against complacency ahead of return Inter clash

Liverpool must forget their 2-0 advantage over Inter Milan when they face the Italian side in the return leg of their Champions League last-16 tie, ...
Sport
5 months ago

Manchester City manager Pep Guardiola said his team's display in Sunday's 4-1 derby win over Manchester United showed they remain as hungry as ever ...
Sport
5 months ago

Arsenal added to struggling Watford’s woes with a 3-2 win at Vicarage Road yesterday, boosting their hopes of Champions League football next season ...
Sport
5 months ago
Next Article