Chelsea FC's banker says Abramovich's exit will not be rushed 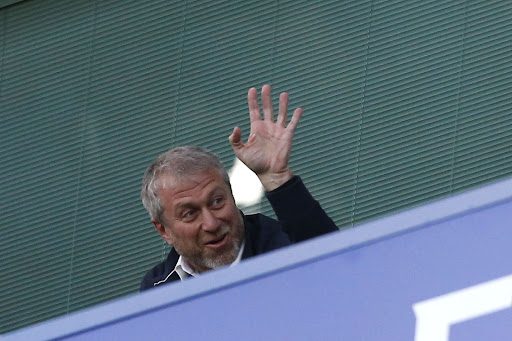 Roman Abramovich will not rush his divestment of English football team Chelsea FC, an adviser on the sale process told Reuters, even as Britain is considering sanctions against the Russian billionaire.

Chelsea FC tapped Joe Ravitch, the co-founder of investment bank Raine Group LLC, to find a buyer after Abramovich decided this week to put the football club he has owned for 19 years up for sale. The move follows Russia's invasion of Ukraine that has triggered an international backlash against businessmen with close ties to Russian President Vladimir Putin.

British Prime Minister Boris Johnson faces mounting pressure from political opposition as well as members of his own party for Abramovich to be included in sanctions that his government has started rolling out against so-called Russian oligarchs. British officials have said they are considering the move but must build a solid legal case before proceeding.

Ravitch said in an interview that his client would take enough time to strike a balance between securing a fair price and finding the "best steward" for Chelsea FC and its supporters.

"We are not going to rush anything. It is very important that Chelsea have the right owner to guide the club forward," Ravitch said, adding that he could not publicly discuss details of the sale process. A spokesperson for Abramovich did not immediately respond to a request for comment.

Abramovich has instructed his aides to set up a charitable foundation that will receive all net proceeds from the sale of Chelsea FC for the benefit of victims form the war in Ukraine.

People familiar with the matter said Abramovich expects the West London club to fetch more than 3 billion pounds ($4 billion) and that the sale process may run for about a month before a buyer is identified and a deal is agreed.

In a sign that Abramovich won't compromise on his valuation expectations, Chelsea FC rejected an offer of 2.5 billion pounds from an investor last week, one of the sources said, without disclosing that party's identity. Abramovich bought Chelsea FC in 2003 for a reported 140 million pounds.

Todd Boehly, the U.S. billionaire investor who owns stakes in the baseball club LA Dodgers and the basketball franchise LA Lakers, is putting together a bid for Chelsea FC, the sources said. He is working together with Swiss billionaire businessman Hansjörg Wyss, the sources added. Further details of that offer could not be learned.

Chelsea FC wants to ensure that its change of ownership will not be politically controversial in Britain in light of the conflict in Ukraine, so the buyer is unlikely to come from countries including China and Saudi Arabia, the sources added.

Ravitch, who is fluent in Russian, has spent years building up a global clientele. A U.S. national, he worked with the first president of the Russian Federation, Boris Yeltsin's government in the 1990s as lawyer for Cleary Gottlieb Steen & Hamilton LLP, advising on how to draft laws on private property ownership.

Ravitch then spent 16 years with stints in New York, Hong Kong and London as a banker at Goldman Sachs Group Inc, where he helped launch the Yankee Entertainment and Sports Network and create NBA China, before co-founding Raine in 2009 with Jeff Sine, a former senior banker at Morgan Stanley.

At Raine, Ravitch worked on a series of deals for the Football Group, which owns the English football club Manchester City, including its $500 million stake sale to private equity firm Silver Lake last year, and a $400 million stake sale to investors led by China Media Capital in 2015. He also advised Alibaba Group Holding Ltd vice chairman Joe Tsai on gaining full control of U.S. basketball team Brooklyn Nets in a deal that valued the team at $2.35 billion in 2019.

Ravitch started to work with Chelsea FC in 2018 on a range of deals, including a stadium investment, media rights and joint ventures in China.

The Raine Group specializes in media, sports and technology deals and has advised many business moguls including SoftBank Group Corp CEO Masayoshi Son. Raine also has an investment fund business and oversees $4 billion in growth equity and venture capital. It has backed U.S. sports betting firm Draftkings Inc, audio platform SoundCloud and Vice Media, where Ravitch currently sits on the board.

Abramovich's investment in Chelsea FC in 2003 coincided with the most successful era in the team's history, in which it won five Premier League titles, five FA Cups and the Champions League twice.

The 55-year-old, who has Israeli and Portuguese citizenship, became one of Russia's most powerful businessmen after the 1991 break-up of the Soviet Union. Forbes has put his net worth at $13.3 billion.