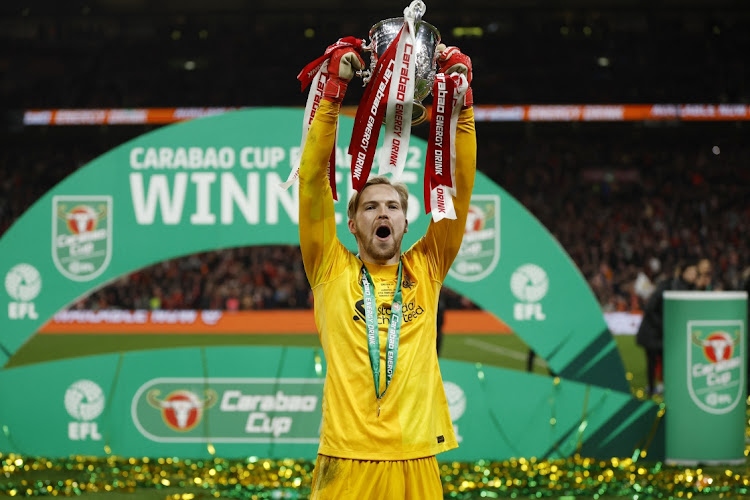 The 23-year-old deputy to regular keeper Alisson has been used by Klopp in Liverpool's domestic cup ties this season, and was trusted for the showpiece final against Chelsea.

Kelleher made several crucial saves as an enthralling final ended 0-0 after extra time and then, with the sides 100% following 20 penalties in the shoot-out, he showed nerves of steel to belt home his spot kick to put Liverpool 11-10 ahead.

Had he saved opposite number Kepa Arrizabalaga's penalty a minute later it would have been the ultimate fairytale.

As it was, Spaniard Arrizabalaga ballooned his penalty high over the crossbar into Liverpool's massed ranks of fans who then celebrated the club's first domestic cup success for 10 years.

"Even in professional football there should be space for some sentiment," Klopp, who resisted the temptation to turn to Brazilian Alisson for such a high-profile occasion, said.

"Caoimhin Kelleher is a young boy, plays in all the competition, what do I do? I am two things, a professional manager and a human being and the human being won."

Cork-born Kelleher has now been successful in three penalty shoot-outs for Liverpool, including in the quarter-final against Leicester City -- more than any other Liverpool keeper.

"He deserves it. At the training centre we have a wall that all goalkeepers are on who won something and Caoimhin can go on it - that's how it should be - absolutely great," Klopp said.

Team mate Andy Roberston said he had been praying Kelleher would save a penalty. Instead he lauded his shooting prowess.

"His penalty was ridiculous. That's where I think penalty shootouts are horrible -- when it gets to the end it's lads that are the least confident and don't really want to take one and they sometimes decide the finals.

"But Caoimhin's penalty was different class."

While Klopp had won the Premier League and Champions League since taking over at Anfield in 2015, his previous record in cup finals was two wins and eight defeats.

He may have bigger fish to fry this season as they chase Manchester City in the Premier League and continue their Champions League quest, but another trophy deepened the affection in which he is held by the club's fans.

"I am happy for the people to celebrate something like this. Chelsea are incredibly strong, we matched each other," he said. "We need to have luck - we had luck, that could have been 5-5."

Leeds United parted ways with Argentine manager Marcelo Bielsa on Sunday after their 4-0 home loss to Tottenham Hotspur left the club hovering above ...
Sport
5 months ago

Mendieta open to move to a bigger club

Having been linked to Mamelodi Sundowns and Kaizer Chiefs last season, Stellenbosch star Junior Mendieta has revealed he’d be open to a move that ...
Sport
5 months ago

Manchester City said they were "shocked and appalled" by an attack on midfielder Phil Foden and his family after a video appeared to show them ...
Sport
5 months ago

Manchester United interim manager Ralf Rangnick said his side have shown signs of gradual improvement since he took over in December last year, but ...
Sport
5 months ago
Next Article