Pirates can go all the way in this year’s Caf Confederation Cup, says captain Jele 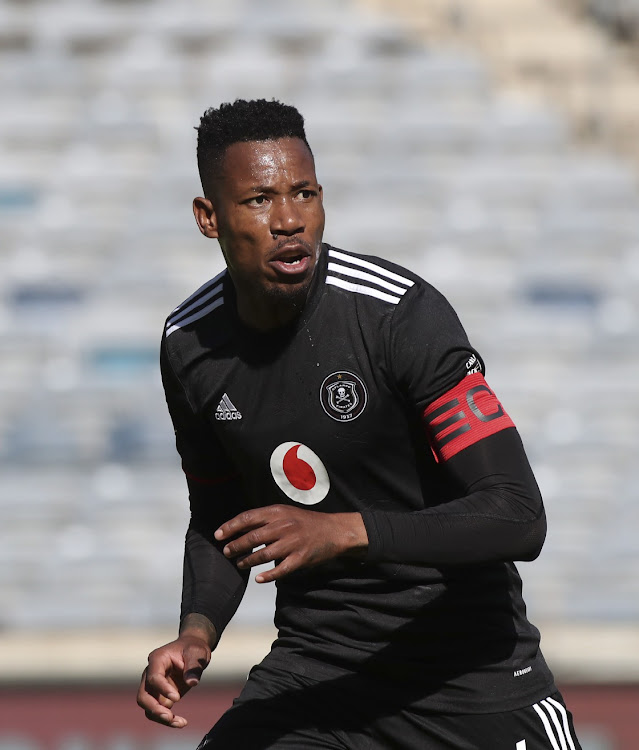 Orlando Pirates captain Happy Jele is confident his side can go all the way in this year’s Caf Confederation Cup, but is cautious about Sunday’s opponents Royal Leopards from Eswatini.

Though the match is an away game for Pirates, it will be played at the Mbombela Stadium after Leopards’ home ground was banned by the Confederation of African Football. After their 3-2 away defeat to Al-Ittihad last weekend, Pirates will be under some pressure to get three points against a team regarded by many as the minnows in the pool and playing their first ever group phase in CAF competition.

“It’s a very important match, the previous game we did not do well, but there are a lot of positive things we can take from it, so we will stick to that,” Jele said. “We are looking forward to getting a result, we need the points to proceed to the next stage, so it is very important for us to play our ‘A-Game’.”

Pirates were dumped out of the competition in the quarterfinals last season, thumped 4-0 by eventual winners Raja Casablanca in the second leg of their quarterfinal to lose 5-1 on aggregate. But Jele says they have learnt from that experience and he is confident they can repeat their 2015 final appearance in the competition.

“With the group of players we have, we are capable of taking any cup coming our way. We just need to work together as a team. From the management, technical team and the players, we need to be one.

“For us [as players] it is to implement everything we have been doing at training to get the results. Then we can win any competition.” Pirates co-coach Mandla Ncikazi says they are confident but cautious of Leopards, who he believes will be a tough side to break down.

“We are very cautious about our opponents. They are a very good team, very physical. They are a police force team, you can see they are structured and conditioned,” Ncikazi says. “They play in a block, very good with their shape. They are very resolute. They are a very strong team. They are comfortable to play on the counterattack, so it is important for us not to take anything lightly.

“We will have to play our best game and then I am confident we will get a result.” Pirates won their pool opener against Algerians JS Saoura 2-0 before that defeat in Libya last weekend. Their next two games will be against Leopards, the first on Sunday and then at the Orlando Stadium on March 13.