'Amakhosi still in the fight for title'

Keeper Petersen says they can catch up with Downs 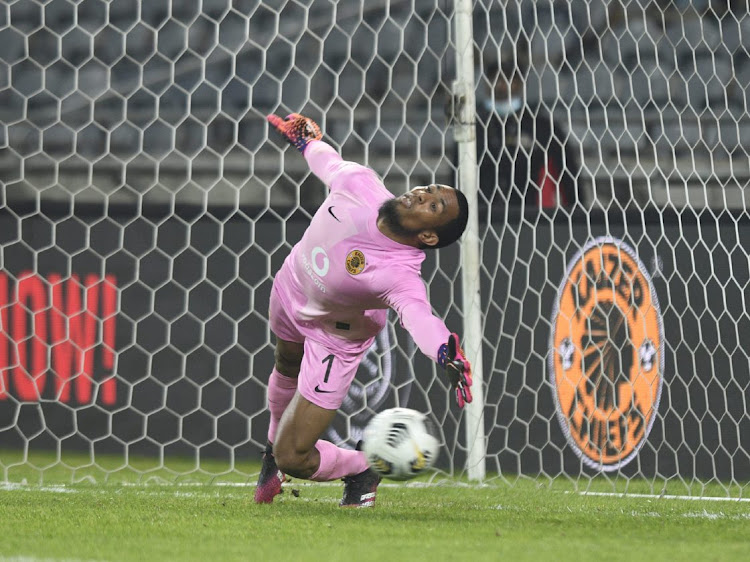 Kaizer Chiefs goalkeeper Brandon Petersen isn’t prepared to throw in the towel in the title fight yet, saying the pain the Amakhosi faithful feel amid the prolonged trophy drought also bothers him.

Speaking on the sidelines of a media conference to announce a strengthened partnership with the club’s official vehicle sponsor Toyota, at the motor company’s headquarters in Sandton yesterday, Petersen vowed the title race wasn’t over yet. The Amakhosi keeper also sympathised with the supporters as they now approach the seventh year without a trophy.

“Chiefs are a big brand, known for winning trophies, so going this long without a trophy is difficult. However, there are still a lot of points at stake. It’s never over until it’s over,’’ Petersen said.

“We feel for our fans because it’s not nice being without a trophy for this long. The aim is always to win trophies but sometimes you need some luck.”

Chiefs are on 29 points, 19 behind runaway log-leaders Mamelodi Sundowns. Some believe it’s not practical for any team to dethrone the Brazilians. Petersen has insisted the importance of not paying too much attention to what people are saying about the title fight.

“At the end of the day our job is to compete on the pitch not worry too much about what’s happening outside. There’s still a lot of games to play,’’ noted the Amakhosi shot-stopper.

The lad from the Mother City has started Chiefs’ both games of the year against TS Galaxy in the first round of the Nedbank Cup and versus Cape Town City in the league. Petersen is likely to keep his spot in the starting XI when Chiefs visit Baroka at Peter Mokaba Stadium on Saturday (7.30pm).

Before the Africa Cup of Nations hiatus, Daniel Akpeyi was the side’s first-choice keeper and the resurgence of Petersen in the new year has come as a surprise to some. The former Bidvest Wits man says he’s reaping the rewards of doing well at training.

“You only play the way you train, so I am doing the right things everyday at training, hence I have been playing. When my chance came, I took it. For keepers, it’s tough because chances don’t come that often…when you get it you have to take it with both hands,’’ said Petersen.

Khumbulani Konco is back in football as COO of Chippa United.
Sport
4 months ago

Black Leopards determined to turn the corner at All Stars' expense

Having sunk to the bottom of the GladAfrica Championship, Black Leopards will hope to turn the corner when they play Cape Town All Stars today at the ...
Sport
4 months ago

Banyana Banyana head coach Desiree Ellis believes her players won’t struggle with adjusting to the weather conditions in Algeria when they'll be ...
Sport
4 months ago
Next Article