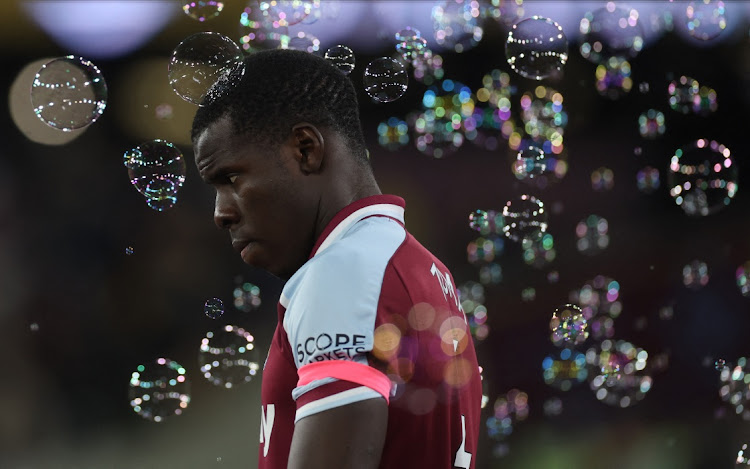 Kurt Zouma was dropped by Adidas, sponsors reconsidered their deals with Premier League club West Ham United and the Frenchman's pets were taken into care by animal charity the RSPCA as the ramifications of a video showing him abusing a cat intensified on Wednesday.

The viral video, filmed by Zouma's brother Yoan and posted on social media, showed the West Ham defender dropping the tabby cat and kicking it across the floor. He is also seen slapping the animal and hurling a shoe at it, before chasing it around his property. “The two cats are now in RSPCA care. Our priority is and has always been the wellbeing of these cats,” an RSPCA spokesperson told Reuters.

“They've been taken for a check-up at a vet and then will remain in our care while the investigation continues.” West Ham said former Chelsea defender Zouma had been fined the “maximum amount possible”, with British media reporting the fine was two weeks' wages. The 27-year-old has accepted the fine, which will be donated to animal welfare charities. “West Ham United can confirm that the Club is supporting an RSPCA investigation into the actions of Kurt Zouma in the video circulated online this week,” the London club said.

“Kurt is extremely remorseful and, like everyone at the Club, fully understands the depth of feeling surrounding the incident and the need for action to be taken.” Despite the widespread outrage caused by the video, Zouma was selected for West Ham's 1-0 win over Watford on Tuesday — a result that lifted them into fourth place in the table. That decision was justified by manager David Moyes after the game.

While saying he was an “animal lover” and was disappointed by Zouma's conduct, Moyes said: “My job was to try and win for West Ham, and put out the best team to do that.” Insurance and investment company Vitality, one of the club's sponsors, was not impressed, however, and said it had suspended its partnership with the club with “immediate effect”.

West Ham United manager David Moyes defended his decision to include disgraced Kurt Zouma in his starting line-up for Tuesday's 1-0 win over Watford ...
Sport
4 months ago

“We are hugely disappointed by the judgment subsequently shown by the club in response to this incident,” Vitality said. “As such, we are suspending our sponsorship of West Ham United with immediate effect. We will now be further engaging with the club to understand what actions they will be taking to address the situation.”

Zouma, who along with his brother apologised for his actions, was dropped by sportswear giant Adidas on Wednesday. “We have concluded our investigation and can confirm Kurt Zouma is no longer an Adidas contracted athlete,” the company said in a statement. Another West Ham sponsor, Experience Kissimmee, said it was considering its position with the club. The Florida-based tourist organisation said it was “disheartened” that Zouma played in the Premier League match.

Zouma was booed by supporters at the London Stadium on Tuesday and former England captain and now BBC presenter Gary Lineker, said the decision to play him was “tone deaf”. French Football Federation president Noel Le Graet condemned what he called “a gratuitous, stupid and nasty act of violence” and said he hoped Zouma drew a lesson from the situation. In a further development an online petition to have Zouma prosecuted has been signed by 165,000 people. Essex police have said they are investigating the incident.