It's a 'new game' as Galaxy, Chiefs meet again in cup 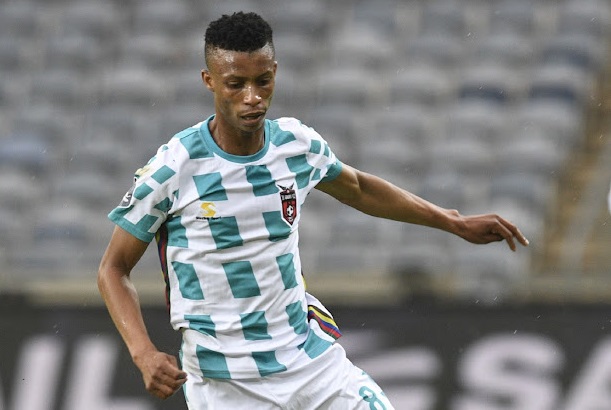 Sihle Nduli was part of the TS Galaxy team which beat Chiefs to win the Nedbank Cup in 2019.
Image: Sydney Mahlangu

TS Galaxy's Sihle Nduli has urged his teammates to forget about their 2019 Nedbank Cup final win over Kaizer Chiefs ahead of their first-round clash on Saturday.

Nduli was part of the TS Galaxy team that won the cup three years ago at the Moses Mabhida Stadium when, in the dying stages, a Zakhele Lepasa penalty proved enough to give the then National First Division side a famous win over Chiefs.

When the tournament fixtures were confirmed, the match between The Rockets and Amakhosi caught the eye of many. It presents a chance for revenge to Chiefs.

But dynamic attacking midfielder Nduli wants his team to put their remarkable triumph at the back of their minds when they take on Chiefs at the FNB Stadium at 6pm.

“Winning the Nedbank changed my life. I went to play in the CAF Confederation Cup. It was a great experience as a player,” said Nduli.

“But we can't think too much about it as it has passed. It is something that's in the past, it's from 2019. The players that were part of the team are no longer here. The team we have here is new and Chiefs too also have new players and a new coach,” said Nduli.

Asked if they can repeat the miracle of 2019, Nduli was realistic, saying they need to get past Chiefs before thinking about winning the cup competition for the second time.

“It's too early to say. We haven't even played the first game in the Nedbank Cup. Yes, we are playing to win at the end but what we want to go to the last 16 and the rest will happen as time goes.

“We have to take it one game at a time. We can't just go for the final. We have to get results. We need to work hard, take our chances and defend well. We have the team spirit already in training,” he said.

Not winning Champs League won't be failure for Mngqithi

Even with the high-priced signings they made to boost their chances of winning the CAF Champions League, Mamelodi Sundowns coach Manqoba Mngqithi ...
Sport
5 months ago

The Brazilians face Al-Hilal of Sudan in what will be their first game of this year’s group stages at Royal Bafokeng Stadium tomorrow (6pm).
Sport
5 months ago

Banyana Banyana goalkeeper Andile Dlamini says their friendly against Zambia this weekend is important because it marks the start of a busy programme ...
Sport
5 months ago

There is hardly any buzz around it but schoolchildren in Lethlabile and Edendale have something to jump up and down about after sports minister Nathi ...
Sport
5 months ago
Next Article