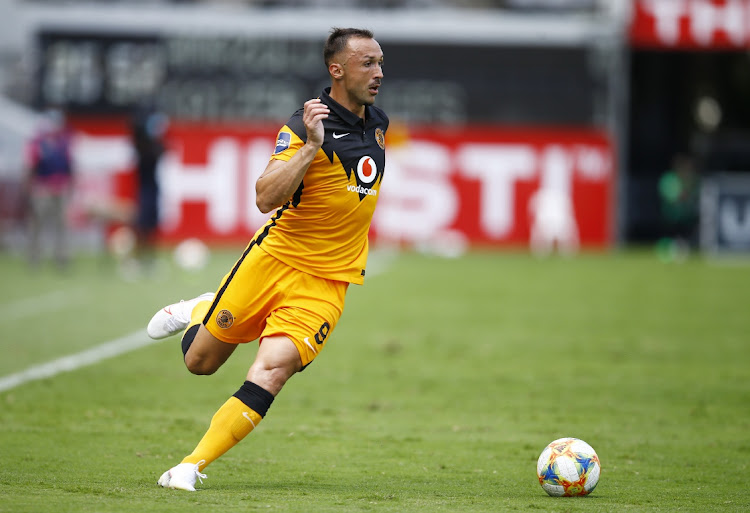 SOsmair2901 Samir Nurković is back from injury for Kaizer Chiefs.
Image: Steve Haag/BackpagePix

Samir Nurković is back from injury. The Serbian striker says he is raring to go and hopes to get a run in Kaizer Chiefs' return from the Africa Cup of Nations break in their Nedbank Cup last-32 outing against TS Galaxy at FNB Stadium on Sunday.

Nurković scored 13 Premiership goals in his first season at Chiefs in 2019-2020, but only three in the past campaign. He had shown signs of form, though without finding the net, in five league and cup matches in 2021-2022 before having to undergo surgery in September to repair the meniscus in his right knee.

The forward, nicknamed "Kokota Piano" by supporters after the Amapiano track by Bizizi and Kaygee Daking, says he is ready to hit the right notes again for his club.

“I'm happy to be back with the boys on the field. We've been working hard preparing for the next match in the Nedbank Cup. I think we are ready,” Nurković said.

“I'm still working hard to get into the best possible shape and where I used to be. It requires a lot of work but it will be there soon.

“It's been painful watching these games on the sidelines and on TV.

“Everybody knows me as the 'Kokota Piano' since the first game I played for Kaizer Chiefs, so I can't wait to make my fans in the Amakhosi family happy again.”

Galaxy, then National First Division upstarts, became the first team from the second tier to win the season-sending tournament when they shocked Ernst Middendorp’s Chiefs 1-0 in the final at Moses Mabhida Stadium in May 2019.

Stuart Baxter says he wants to find a way for Nkosingiphile Ngcobo to start games when Kaizer Chiefs return to play at full strength having recovered ...
Sport
6 months ago

Kaizer Chiefs 'back in training' and will meet Sekhukhune on Sunday

Kaizer Chiefs have said they will put together a match-day squad and honour their DStv Premiership fixture against Sekhukhune United on Sunday.
Sport
7 months ago
Next Article