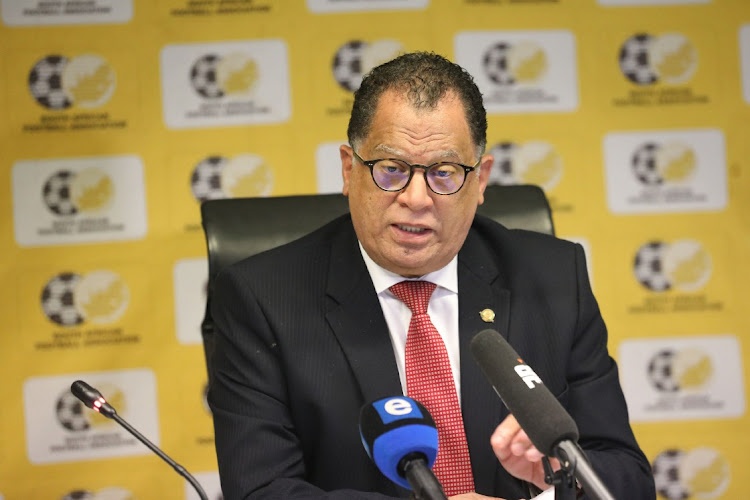 “We started by appointing a new coach (Broos) and embarked on a new process of developing a new set of players who can at least take us to the next five to six years,” Jordaan said.

“If you look at the average age of teams like Ghana and Nigeria at the Africa Cup of Nations (Afcon), you will see they have players who are aged around 30 and 31.

“That is the ideal age for players to reach the level where they can go to the World Cup.”

The threat of Mo Salah, Sadio Mane, Riyad Mahrez and Kelechi Ịheanachọ at this year’s Africa Cup of Nations finals in Cameroon is well known and they ...
Sport
4 months ago

Jordaan also reflected on Bafana’s controversial 1-0 loss to Ghana in Cape Coast that denied SA progression to the final stage of World Cup qualifiers. Safa took a complaint to Fifa over the handling of the match of Senegalese referee Maguette N'Diaye.

“We had a good run of results. When last did Bafana go 11 matches without defeat? Then in the last match, the less we talk about how we lost the better because it was a bitter pill to swallow.

“If you talk to the players, they all broke down and cried. [Midfielder] Teboho Mokoena summarised it by saying he went to the Under-17 and U-20 World Cups, he was at the Tokyo Olympics and he was supposed to be on his way to the senior World Cup.

“He said he wanted to be the first South African men’s player to play in all of Fifa's competitions and this referee killed his dream and spirit. They were determined to go to the World Cup, but we have to move on.”

Asked his opinion on the ongoing Afcon in Cameroon, which has served a number of upsets, Jordaan said there are no longer whipping boys in continental football.

“There are no minnows in African football any more. If you call people minnows they will beat you. Football is the passion of the African continent and every team running onto that field goes to fight for the best they can produce.”

Bafana Bafana gem Bongokuhle Hlongwane’s ambition is to use his stay at Major League Soccer (MLS) outfit Minnesota United as a ladder to Europe.
Sport
4 months ago

Baroka goalkeeper Oscarine Masuluke had to look back at previous mistakes he made with the club to inspire him and deliver impressive performances.
Sport
4 months ago

The SA Football Association is negotiating with European countries to play against Bafana Bafana in two high profile friendly matches during the next ...
Sport
3 months ago
Next Article