Minnows prevail on penalties to set up Senegal tie 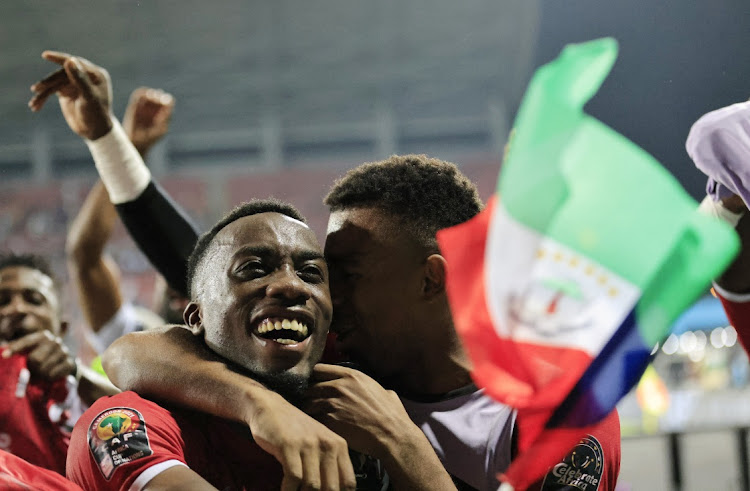 Limbe - Equatorial Guinea continued their giantkilling run as they reached the quarter-finals of the Africa Cup of Nations with a 6-5 penalty shootout victory over Mali after a goalless draw in Limbe on Wednesday.

Equatorial Guinea are the final side to advance to the last eight, where they will meet Senegal on Sunday, and had their 20-year-old goalkeeper Jesus Owono to thank for their progress as he made two saves in the shootout which was concluded after 16 kicks.

Mali had been the overwhelming favourites but turned in an underwhelming performance, despite dominating possession and creating most of the chances.

Owono saved the final kick from Mali defender Falaye Sacko although it was checked first by VAR to see whether he had advanced off his line before the kick was taken.

He had indeed moved forward but his back foot was still trailing on the line as Sacko took his penalty and the kick was allowed to stand by the referee, setting off tear-filled celebrations.

Equatorial Guinea had beaten defending champions Algeria and Sierra Leone in the group stage and have now added another major scalp.

They had no real chances in the game but never allowed Mali to get into any rhythm, proving difficult to break down.

Mali were awarded a penalty in the 40th minute when Josete Miranda knocked over Moussa Doumbia.

Yet referee Bakary Gassama was encouraged to look again at his decision and, after consulting the pitchside VAR screen, changed his mind and overturned what had looked a soft penalty award.

“It’s historic for us to get this far and it comes after excellent work by my players,” said coach Juan Micha.

His Mali counterpart Mohamed Magassouba, whose country play in World Cup playoffs in March, said: “It’s an incredible disappointment because it should not have even gone to penalties. We deserved more today."

Ghana confirm sacking of coach after Cup of Nations exit

Ghana have confirmed the dismissal of coach Milovan Rajevac after their shock early exit from the Africa Cup of Nations finals and must now move ...
Sport
4 months ago

Poor pitch conditions at the Africa Cup of Nations have seen an unprecedented switch of venues for quarter-final and semi-finals matches, the ...
Sport
4 months ago
Next Article