'He will never wear our jersey again' 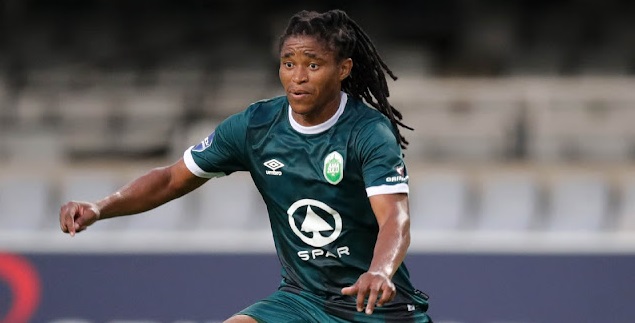 Siyethemba Sithebe of Amazulu is being frozen out at the club after signing a pre-contract with Kaizer Chiefs.
Image: Samuel Shivambu

AmaZulu chair Sandile Zungu has told Kaizer Chiefs-bound Siyethemba Sithebe that he will never wear the club jersey during his remaining five months with the club.

The furious Zungu feels Sithebe betrayed them by signing a pre-contract with Chiefs before the January transfer window opened this month.

Zungu said Amakhosi did not act accordingly and they will not release the Bafana Bafana midfielder until his contract comes to an end in June even though he won’t wear the jersey again.

“Chiefs did not act accordingly, because they spoke to Sithebe and reached an agreement with him before this window opened where you can sign a pre-contract,” Zungu explained to the media yesterday.

“In December when we were on holiday, they were done with him and you all know the window opens in January. But we are not people who love fighting. He will go to Chiefs once they have concluded everything at the very least when the season ends.

“If they want to take him now, we told them what we want and we still have our rights to report them should we want to. Sithebe made his name for himself here at Usuthu. We don't have a problem when he wants to go and look for greener pastures wherever he wants to go.

“But nothing personal, he will never wear the Usuthu jersey again. We will never allow him to wear the jersey. That shows we are not satisfied with the way he is leaving the club. He has contributed a lot to the team, but whether he is a good leaver or bad, his jersey is rotten.”

Zungu added that they only received a letter from Amakhosi at the beginning of the month, explaining that they are talking to him even though they had concluded everything in December.

“We got a letter from Chiefs at the beginning of the month to say they are talking to him, but what it was we don’t know,” he said.

“But we knew that they were done with him in December and we got evidence to that effect and witnesses. It's like teams from KwaZulu-Natal are taken for granted, , they can do it to other teams, not us.”

Usuthu's stance means Sithebe will remain inactive for the rest of the season, unless a compromise in reached between the clubs before the transfer window period closes on Tuesday.

Jabu Mahlangu has had a charge of fleeing the scene of the accident added to negligent and reckless driving regarding the crash involving the BMW he ...
Sport
3 months ago

Mokoena tipped to be in Sundowns' starting XI