Mokoena tipped to be in Sundowns' starting XI 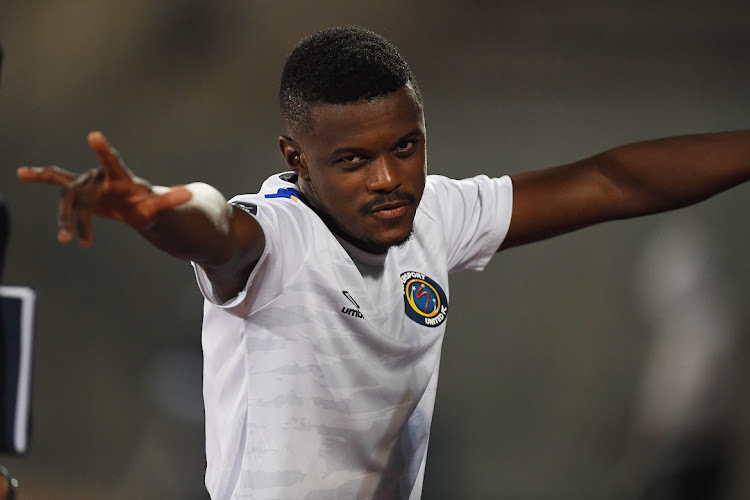 Teboho Mokoena of SuperSport United is on his way to Sundowns.
Image: Lefty Shivambu/Gallo Images

Mokoena is on his way to join Sundowns from cross-town rivals SuperSport United to add to a squad already boasting quality players, especially in the middle of the park where competition for places will be tough.

While many feel it will be difficult for him as Sundowns have the likes of Andile Jali, Mothobi Mvala, Rivaldo Coetzee, Neo Maema, Sphelele Mkhulise and Lebohang Maboe all competing for two starting places, Mnguni feels Mokoena won’t struggle.

Mokoena is believed to have signed a four-and-a-half-year deal with the Brazilians.

“(Mokoena's move) is long overdue. I have been waiting for that boy to come to Sundowns,” Mnguni told Sowetan yesterday.

“The type of a player he is, I don’t think he will have a problem playing at Sundowns because he is quality and deserves to be there. There are a lot of games that we are going to play and we need players who will be able to help others and the very same players like him.

“I also don’t see him failing to break into the starting line-up ... as I said he is one of the quality players.”

With competition getting tougher after Sundowns also signed Bradley Ralani recently, Mnguni added that this bodes well for the coaches to have a selection headache.

“That the players will be competing for a starting line-up at the team ... it also helps the coaches because you don’t know who to choose,” he said.

“You have quality players who will win games. If you look at the players all of them are quality, and he brings another competition to the team.

“There won’t be a player who will be at his comfort zone and whoever is selected will know he will need to work hard. And they will have a healthy competition.”

Anderlecht were reported to have tabled a R20m bid for the Bafana Bafana international, which falls short of the figure of R25m that Sundowns apparently put forward.

Kaizer Chiefs says if their discussions were unsuccessful to lure Teboho Mokoena from SuperSport United to Naturena, that does not mean they did not ...
Sport
3 months ago

The players and technical staff of the Mamelodi Sundowns Ladies side will share the R1m windfall received from sports minister Nathi Mthethwa for ...
Sport
3 months ago

Kaizer Chiefs and PSL set a deadline to agree on arbitrator

Kaizer Chiefs and the Premier Soccer League (PSL) have until Monday to agree on an arbitrator in their case over the club failing to honour two DStv ...
Sport
3 months ago

Mamelodi Sundowns chairman Thlopie Motsepe has said they are exploring the idea of honouring former club captain Hlompho Kekana with a testimonial ...
Sport
3 months ago
Next Article