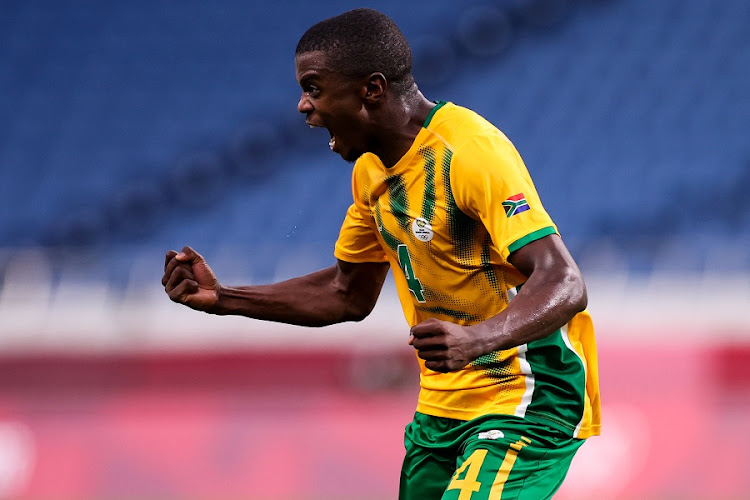 Kaizer Chiefs have said if their discussions were unsuccessful to lure Teboho Mokoena from SuperSport United to Naturena, that does not mean they did not “take the conversation further”, as the player's agent Glyn Binkin has asserted.

Mokoena has agreed terms to sign for Mamelodi Sundowns, as reported by TimesLIVE on Friday, with SuperSport and Downs to agree a transfer fee.

Reports claimed the Bafana Bafana midfield star, who turned 25 on Monday, would sign a four-and-a-half-year deal at Chloorkop.

Binkin told Thomas Mlambo's The Ultimate Sports Show on Metro FM on Tuesday evening that other SA clubs, including Chiefs, had shown an interest in signing Mokoena in the January transfer window.

“There was interest, from Kaizer Chiefs in particular, but I think they didn't engage further with SuperSport.

"I think there was an initial discussion and that discussion wasn't taken any further,” Binkin said.

“I think from a player's perspective he would have been able to agree terms on that side too.

"But there are two parts of the equation and Sundowns were able to manage expectations on both sides of the table [with player and selling club], so that made things a lot easier.”

PODCAST: Glyn Binkin says that Kaizer Chiefs were interested in Teboho Mokoena but the @BafanaBafana international has agreed personal terms with @Masandawana

Chiefs' communications manager Vina Maphosa said if discussions for Mokoena to join Amakhosi were unsuccessful that does not mean the Soweto giants did not pursue the discussions, and if they did break the negotiation they would have had reasons for it.

“The club cannot comment on what Glyn Binkin is saying,” Maphosa initially said.

“Thomas had an interview. The player mentioned is not playing for Kaizer Chiefs. I can't talk about him.

“From the club side, what Glyn said is what he is saying, and we don't have anything to say about that.

“But when we engage in negotiations with anybody, we take it the negotiations are within that space and in good faith, and not for anybody to go out and perhaps paint the discussions in the way they were presented by what you are asking me.

“There were discussions, and that's what it is.

"If I come to you and discuss with you, and then we end at a certain point, it means that point is the end. It doesn't mean it didn't go further.

“What if we come back to him [Binkin] tomorrow and say we want to resume?

"Did he mention if there were deadlines? That is where the difficulty is. What he said doesn't reveal where we ended with him.”

Binkin told Mlambo that Belgian club Anderlecht had expressed interest in Mokoena but did not enter the race to sign the player.

Binkin stressed selling players to Europe is challenging in the current economic climate.

“There was no offer from Anderlecht. My colleagues in Europe spoke to Anderlecht, they do like the player, but he's not their number one target,” Binkin said.

“They described their target as a 'recovering 6', which would be a big, strong Yaya Toure or William Carvalho type of player, and Teboho doesn't fit that mould.

“In this window there haven't been international offers so we decided to look at what was available locally and potentially in North Africa, because there was some interest from Egypt.”

Binkin confirmed Mokoena “has agreed terms with the buying club, which is Sundowns and I'd like to believe talks are at an advanced stage”.

“I think the parties have had fantastic discussions over the last few weeks, and I think a transaction will be concluded..”

Binkin said Mokoena still harbours ambitions of moving to Europe if he signs for Sundowns, where competing regularly in the advanced stages of Caf Champions League should put him in the shop window.