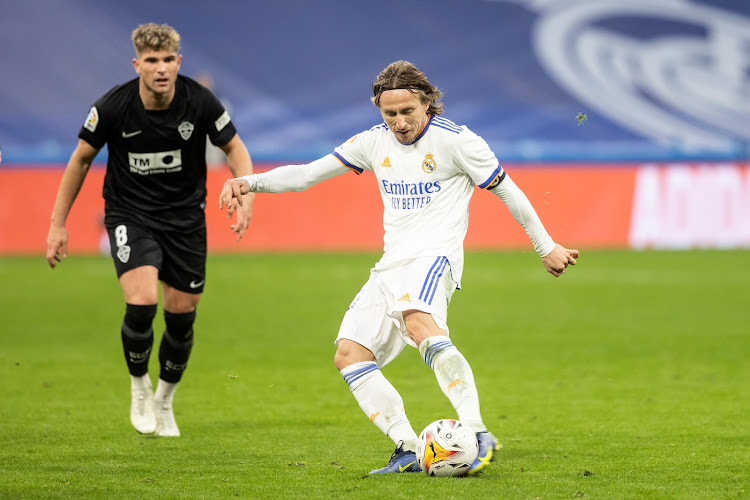 Luka Modric was instrumental in Real Madrid's midfield as they clawed their way back.
Image: @LaLigaEN/Twitter

LaLiga leaders Real Madrid fought back from two goals down at home to rescue a 2-2 draw against lowly Elche on Sunday thanks to a last-gasp Eder Militao goal in stoppage time.

Real wasted a golden opportunity to widen the gap at the top of the table after second-placed Sevilla stumbled at home with a draw against Celta Vigo on Saturday.

Real have 50 points from 22 games, four ahead of Sevilla.

Elche opened a two-goal lead with Lucas Boye netting in the first half and Pere Milla scoring after the break.

Luka Modric reduced the deficit with a penalty after 82 minutes and Vinicius Junior found Militao inside the six-yard box in the 92nd minute and he headed the equaliser.