Foreign slots at club to reach six when Saavedra arrives 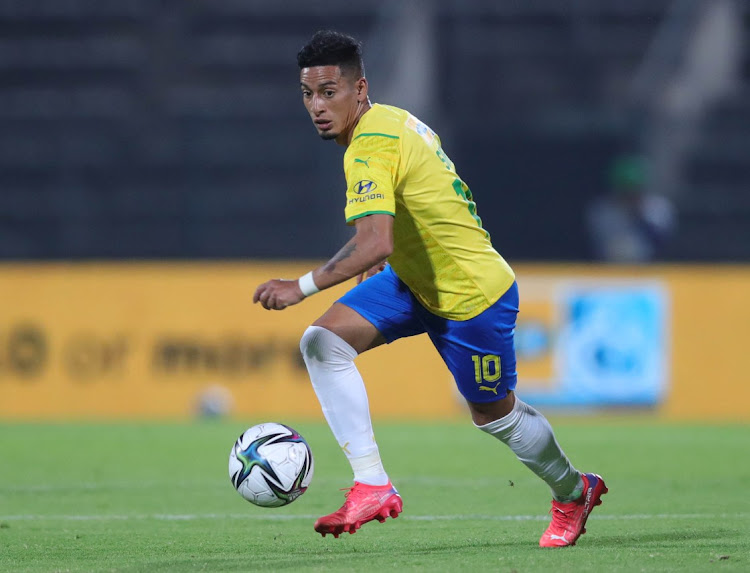 The imminent arrival of Bolivian midfielder Erwin Saavedra at Mamelodi Sundowns means they have a tough decision to make as they already have five foreign players in their playing squad.

Article 34.2 of the National Soccer League (NSL) handbook says: “A member club may not have more than 5 (five) foreign players contracted with it at any point in time.’’

Sundowns have Gaston Sirino (Uruguay), Divine Lunga (Zimbabwe), Ricardo Nascimento (Brazil), Peter Shalulile (Namibia) and Pavol Safranko (Slovakia), meaning before they register Saavedra they must release one of the five non-South Africans in the team.

Saavedra, who was Sirino’s best friend from their days at his current outfit Club Bolivar, is said to be sorting out his visa before arriving in the country to complete the move to Chloorkop. Sundowns are understood to have forked out around R18m to snatch the Bolivian from his native outfit Bolivar, according to reports from that country.

So who will Sundowns sacrifice to clear one foreign slot for Saavedra? The club’s legend, Roger Feutmba, thinks Sirino is the player who must make way, citing the Uruguayan’s well-documented unhappiness at the league champions.

“I believe they have to look at Sirino because these days he’s not playing as regularly as he used to. Sirino is on record saying he wanted to go [he was keen to join former coach Pitso Mosimane at Al Ahly], so it must not be difficult to decide,’’ Feutmba told Sowetan yesterday.

The 53-year-old retired midfield magician, who won the Player of the Season gong in the 1998/99 term at the Brazilians, is confident Saavedra is a good player, banking on Sundowns’ recent success in importing players from South America.

“Sundowns take time before they sign a player, they do proper research, so I am convinced this guy is good. Again, the club has done well with South Americans…you look at Sirino, [Leonardo] Castro, Nascimento …those are real talents, meaning they know how to spot a talent that side,’’ stated Feutmba.

It may appear as though Kaizer Chiefs will have their work cut out for them to wrestle the Premiership title away from rampant Mamelodi Sundowns but ...
Sport
5 months ago

Tough tackling midfielder Andile Jali has had hamstring problems that have limited his game time over the past two seasons, but the Mamelodi Sundowns ...
Sport
5 months ago

'I have given up on Europe': Pitso Mosimane reacts to Fifa coach award snub

Al Ahly head coach Pitso Mosimane says he has "given up" on Europe after not making the best Fifa men’s coach award shortlist for 2021.
Sport
5 months ago

City slapped with R100k fine for no registration cards

Cape Town City were hit with a R100,000 fine by the Premier Soccer League (PSL) disciplinary committee yesterday for failing to produce their ...
Sport
5 months ago
Next Article