Sundowns boss Mokwena: 'Time for media to discuss Jali as player of the season?' 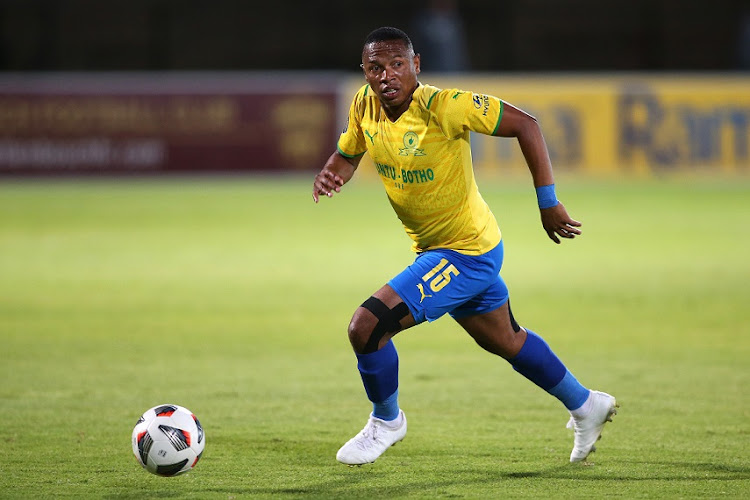 Mamelodi Sundowns coach Rulani Mokwena says he would be surprised if the media do not begin to discuss Brazilians midfield boss Andile Jali as the “footballer of the season so far” soon.

Jali's imperious form saw him named DStv Premiership player of the month for December, a month where four-time successive champions Downs entered the Christmas and Africa Cup of Nations break with a 14-point lead.

Mokwena was asked about Jali's sparkling performances in 2021-2022. The 31-year-old ex-Bafana Bafana international said on receiving his monthly prize that much of the credit should go to Downs' medical team for keeping the injury-prone player on the field.

“Congratulations to 'AJ'. I think it's well deserved,” Mokwena said.

“When players or coaches receive individual awards it's a reflection of the entire group. But AJ has been phenomenal.

“His consistency, his ability to play with the same engagement and attachment from a psychological perspective even after good performances has been exceptional.

“Giving performances where you get an average rating of eight or nine out of 10 for every match this season is probably the most difficult thing to do in football.

“He needs to be praised for the hard work. The contributions of the conditioning and medical department cannot be ignored because they have been fantastic for all the players.

“What's important is that we continue to work in this way. And if you do then maybe the debate will start.

“Because I'm surprised, with AJ's performances, with 'Mshishi's' [Themba Zwane] consistency and performances, we haven't started the debate on the footballer of the season.

“So hopefully now that AJ has won footballer of the month, and rightfully so, and with the man-of-the-match awards he's chalked up and consistency of the performances, maybe in the media we can start the talk of: Is Andile Jali the footballer of the season so far?

“I would be surprised if we don't start that talk.”

Former Orlando Pirates star Jali returned to the Premiership with Sundowns in April 2018 having been out of contract with Belgian team KV Oostende. Initially struggling with fitness, he has worked himself back into physical shape and form, his ability to dictate play from central midfield a crucial part in Downs' continued domestic dominance this campaign.