City slapped with R100k fine for no registration cards 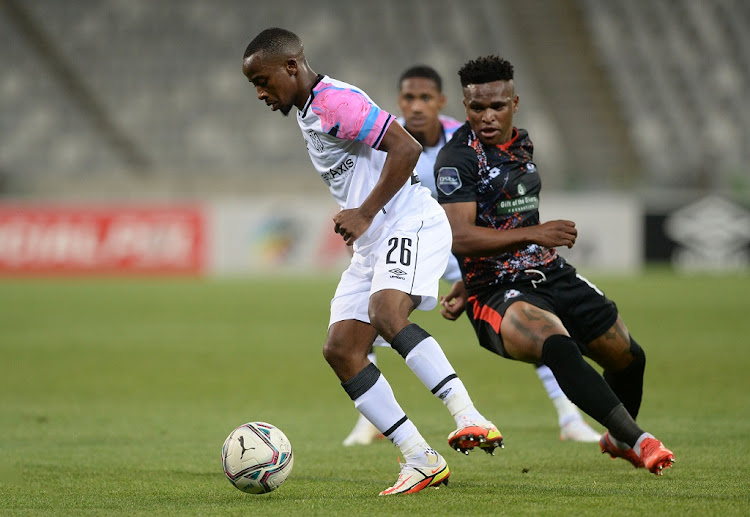 Cape Town City were hit with a R100,000 fine by the Premier Soccer League (PSL) disciplinary committee yesterday for failing to produce their players' registration cards before their game against Maritzburg United late last year, half of which was suspended.

This was confirmed by PSL prosecutor Zola Majavu.

The Citizens were unable to produce registration cards before their 3-2 victory over the Team of Choice at Cape Town Stadium, allegedly because the team manager’s car, Moenier Davids, was broken into before the match and the bag the cards were in was allegedly stolen.

The fixture was played under protest by Maritzburg and the Citizens were later found guilty. It was believed that three points would be deducted and given to Maritzburg but it was not the case and this left the Team of Choice disappointed.

The Citizens were also ordered to pay the cost of the DC and that of the Maritzburg legal team.

“The sanction, as determined by the disciplinary committee of the league, is as follows: the respondent, which is Cape Town City, is fined R100,000, half of which is suspended for 12 months, on condition that during the period of suspension they are not found guilty of the same offence,” Majavu told the PSL media department yesterday.

“The balance of 50% is payable within 30 days from today [Monday], being the date of a ruling.

“Two, the PSL is to return the protest fee to the protesting club, which is Maritzburg United. Three, Cape Town City is ordered to pay the cost of the DC hearing to the PSL.

“Four, Cape Town City is further ordered to pay the cost of Maritzburg United on an attorney and own client scale for the hearing of January 12 only.”

Maritzburg chair Farouk Kadodia could not be reached for comment but told TimesLIVE yesterday that they are not happy with the outcome.

“We’ll review it overnight and speak to our attorneys to see whether it’s worth our while to appeal,” Kadodia said.

“We played under protest only because the PSL told us they needed to satisfy the broadcaster.”

Zimbabwe play their last game at the Africa Cup of Nations in Yaounde on Tuesday and then head home to an uncertain future, including suspension by ...
Sport
6 months ago

The New York Times has questioned why Al Ahly coach Pitso Mosimane was left off the Fifa shortlist for its Coach of the Year award for 2021 having ...
Sport
6 months ago

Young SA midfielder Christos Retsos has signed for Greek second-tier side AO Kavala as he seeks to get his career back on track after a difficult few ...
Sport
6 months ago

Mamelodi Sundowns’ co-coaches Manqoba Mngqithi and Rulani Mokwena have won the DStv Premiership coach of the month award for the third time in ...
Sport
6 months ago
Next Article