Marumo man thought career was over after leg break 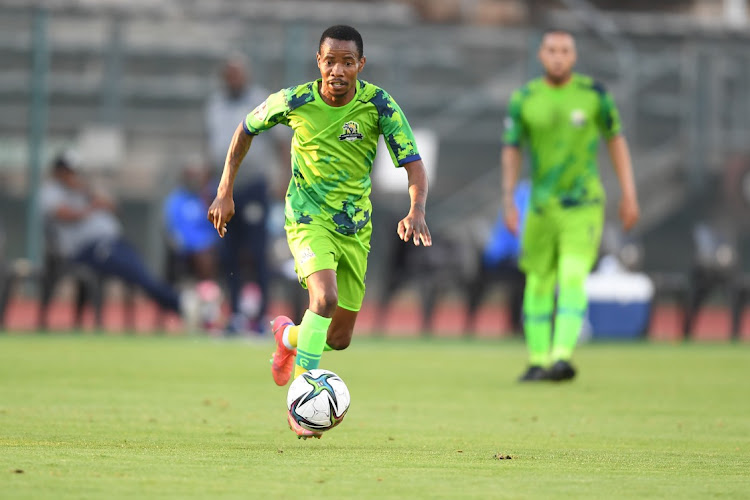 Joseph “Tight” Molangoane credits his rejuvenation at Marumo Gallants to his ability to reinvent himself as a player after he had been advised to hang up his boots.

In May 2020, it emerged that Molangoane was on the brink of retiring prematurely as a result of a severe leg injury he suffered in August 2018 when he was playing for Kaizer Chiefs against Free State Stars in the MTN8 quarterfinals. He emerged with a broken leg from a tackle by Makhehleni Makhaula.

Chiefs doctors were believed to have had advised the 33-year-old utility winger to take early retirement, which he turned down in favour of joining Gallants, who were still known as Tshakhuma Tsha Madzivhandila in June 2020.

Last year, Tight won the Nedbank Cup with Gallants. This season the lad from Alexandra has been brilliant for the Limpopo side, scoring a goal and registering an assist in eight league games he’s featured in so far. Molangoane has opened up about his resurgence at Gallants, reflecting on how he handled being told to retire when he felt he still had plenty to offer.

“I always say that no-one can stop God’s will. I am thankful that I am still playing. That injury was bad but I took it as a man. When I joined Gallants, I told myself I was starting all over again. I promised myself to play like an unknown young player and that worked wonders for me,’’ Molangoane told Sowetan.

“I am enjoying myself at the moment. I am in great space again. When I was told to retire, I tried to get other different opinions. I had three or four specialists who told me that I could still play. They told me to do my rehab. The problem was the screws in my leg, they made it difficult for me to run. When they removed the one [screw] that was on top, I started feeling better. I never listened to what people [critics] were saying.’’

Even at 33, the Gallants ace hasn’t yet thought about retiring. “I still have the legs. Sometimes age is just a number. The most important thing is to get a coach who believes in you and I have that at the moment with coach Dan [Malesela],’’ noted Molangoane.

New Premier Soccer League (PSL) prosecutor Zola Majavu has cracked the whip on Kaizer Chiefs, charging them after they didn't pitch for the games ...
Sport
6 days ago
Next Article