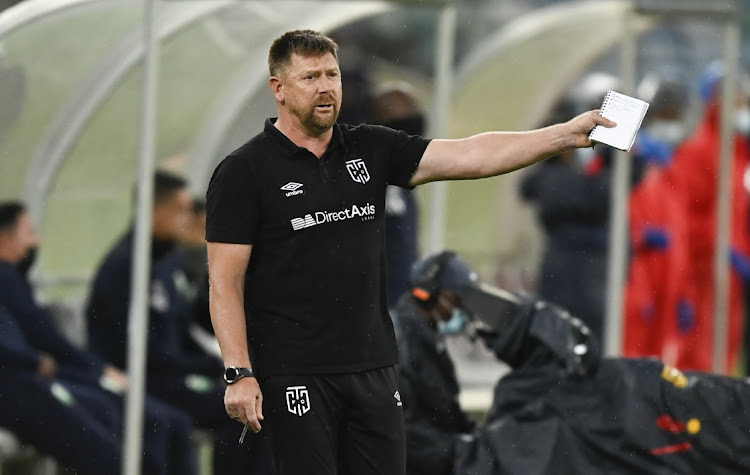 Chiefs were drawn against TS Galaxy, a side that stunned them in the final of the 2019 edition of this competition, while Pirates were pitted against AmaZulu when the draw was conducted in Sandton yesterday.

Amakhosi and the Buccaneers will host their first-round ties.

There will also be three more fixtures where elite league teams will face off in the last-32. Royal AM welcome Cape Town City at Chatsworth Stadium, while another KwaZulu-Natal side, Maritzburg United, will host SuperSport United. Baroka will travel to Stellenbosch.

City coach Eric Tinkler expects Royal to be a tough nut to crack, especially in their backyard. Even so, the Citizens' trainer doesn’t see why they can’t beat the KwaZulu-Natal side, drawing confidence from beating them 2-1 in the DStv Premiership away in August last year.

“We’ve got a tough draw away against Royal. However, in order to win the Nedbank Cup you have to be able to beat everybody... to get to that final. Royal are a tough team to play against,’’ said Tinkler yesterday.

“We’ve played against them away in the league and we manage to get a win. Nothing says we can’t do that again, so that’s obviously going to be our objective and purpose when we meet them.”

The Premier Soccer League (PSL) is expected to confirm fixture dates and venues sometime next week. It was a non-seeded draw that saw all 16 Premiership teams joined by eight sides from the GladAfrica Championship and eight teams from the lower tier of SA Football Association (Safa) structures.

Defending champions Marumo Gallants will visit the Mother City to take on Santos, who campaign in the ABC Motsepe League.

NC Professionals vs Mathaithai, Royal AM vs CPT City, Venda Academy vs African All Stars, Maritzburg vs SuperSport, AmaTuks vs Chippa, City Rovers vs Sekhukhune, Stellenbosch vs Baroka, Swallows vs TS Sporting, Tshakhuma vs Golden Arrows, Chiefs vs Galaxy, Sinenkani vs FS Stars, Bay vs Sundowns, Gallants vs Santos, Pirates vs AmaZulu, Uthongathi vs Summerfield Dynamos, Black Eagles vs Sivutsa.

New Premier Soccer League (PSL) prosecutor Zola Majavu has cracked the whip on Kaizer Chiefs, charging them after they didn't pitch for the games ...
Sport
6 days ago

New Sekhukhune United signing Justin Shonga has admitted that he failed to adjust to life in Egypt with Ismaily SC. Shonga, Evans Rusike and ...
Sport
1 week ago

For Nkosingiphile Gumede, reclaiming the No.1 jersey from highly-rated Sifiso Mlungwana at Golden Arrows doesn’t mean he’s now an outright ...
Sport
1 week ago
Next Article