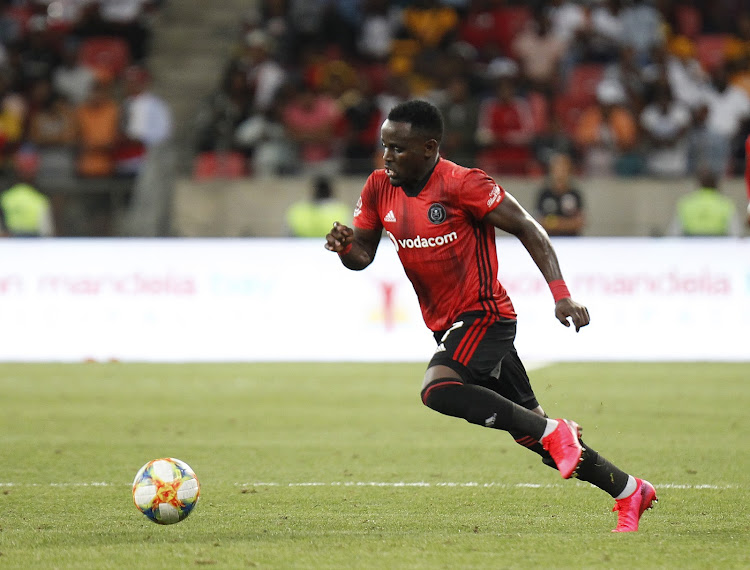 Orlando Pirates striker Frank “Gabadinho” Mhango will miss Malawi’s opening game at the Africa Cup of Nations finals on Monday after testing positive for the Covid-19 virus in Cameroon.

Mhango, who scored a superb free kick goal for his country in a warm-up friendly against the Comoros Islands in Saudi Arabia last week, is one of six Malawi players who have tested positive, leaving them in dire straits before their opening Group B match against Guinea in Bafoussam, which kicks off at 6pm. Malawi are now rushing to get Baroka FC striker Richard Mbulu to Cameroon for the match as a replacement.

He had been isolating in Saudi Arabia after testing positive there, when Malawi had their pre-tournament training camp, but has since had a negative test. Malawi still have one other squad member — midfielder Charles Petro, who played in this season’s Uefa Champions League for Sheriff Tiraspol — stuck in Saudi Arabia in quarantine and now a potentially disastrous half dozen testing positive in Cameroon.

Also out for their opening game is their new coach Mario Marinica, who took over just before the start of the tournament from ex-Jomo Cosmos defender Meke Mwase.

Mhango’s absence is a big blow for Malawi as he was just beginning to show glimpses of form after seeing very little game time with Pirates this season.

Robin Ngalande, who is now based in Ethiopia but played for the likes of Ajax Cape Town, Bidvest Wits and Platinum Stars previously, is also among the six players in isolation. Fortunately for Malawi, their opponents Guinea have also had a multitude of cases and will be severely weakened as they kick off their Nations Cup campaign.

The Covid-19 crisis threatens to become a major problem at the tournament, although on Sunday the Cape Verde Islands were without their coach and 10 players in quarantine and still managed to beat Ethiopia 1-0.

A goalkeeper in the GladAfrica Championship is likely to step into a central role with one of the top contenders for Africa Cup of Nations glory ...
Sport
1 week ago

Have Orlando Pirates deteriorated or improved under the guidance of co-coaches Fadlu Davids and Mandla Ncikazi?
Sport
1 month ago
Next Article