Sundowns' Berdien, who works with Gambia, stranded in Qatar ahead of Afcon 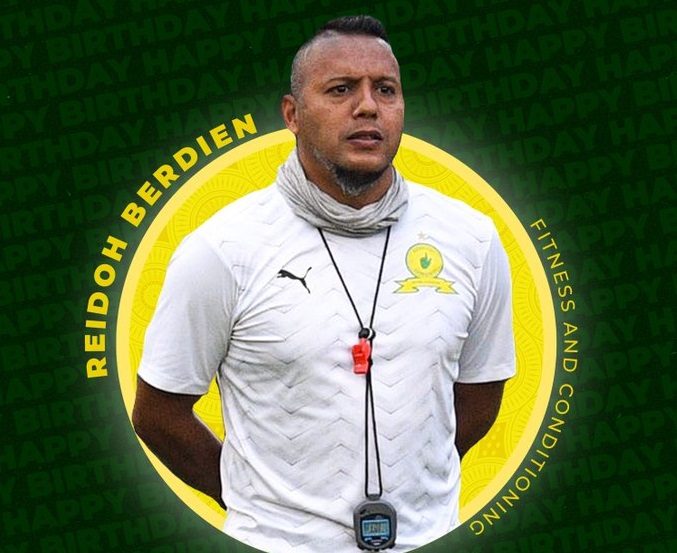 Mamelodi Sundowns’ physical trainer Riedoh Berdien, who is assisting Gambia in their maiden Africa Cup of Nations finals appearance, is one of several players and technical staff forced to remain in Qatar while the rest of the squad headed to the tournament.

Gambia have been heavily hit by Covid-19 infections at their camp, severely disrupting their preparations for Cameroon 2021, which kicks off on Sunday.

The Cape Town-born Berdien, who Sundowns hired away from Chippa United last year to head their strengthening and conditioning department, has worked with Saintfiet in his stints as national coach of Togo, Bangladesh and Trinidad and Tobago. The pair continued their relationship over the last three-and-a-half years with Gambia.

Sundowns allow him to work with Gambia during the Fifa international breaks.

Tanzania side Young Africans FC have said that Luc Eymael not only called their fans “monkeys” in an interview but also shouted the racist term at ...
Sport
9 months ago

Belgian Saintfiet, who only lasted 10 matches at Stars in the Premier Soccer League in 2014, has since made a name for himself on the international stage by qualifying the tiny West African nation. Gambia finished top of their group for the 2021 finals, ahead of Gabon, the Democratic Republic of the Congo and Angola.

But their hopes of making an impact at the finals in Cameroon have been hampered by their chaotic training camp, devastated by the novel coronavirus.

Berdien and the players with him in isolation in Qatar can only travel once they return a negative test.

The Guinea camp on Friday also reported new cases, including the former AmaZulu goalkeeper Kemokai Camara, who is now the team’s goalkeeper-coach.

He and the former Ajax Cape Town striker Seydouba Soumah were left behind in Rwanda, where Guinea had been preparing. They will remain in quarantine until they return a negative PCR test and will then be allowed to fly to Cameroon to join up with their teammates.

There has also been a Covid-19 outbreak in the Egypt camp, but it is not known whether assistant coach Roger de Sa has been affected.

The tournament kicks off in Yaounde on Sunday with the Group A matches between hosts Cameroon and Burkina Faso (6pm SA time) and Ethiopia and Cape Verde (9pm), both at Olembe Stadium.

Mamelodi Sundowns midfielder Lebohang Maboe shares his frustrations as he continues to be sidelined by a knee injury.
Sport
1 week ago

Maritzburg give Middendorp three matches to turn around barren run

Maritzburg United chairperson Farook Kadodia has given coach Ernst Middendorp three matches to turn around a run of poor form that has seen the ...
Sport
1 week ago
Next Article