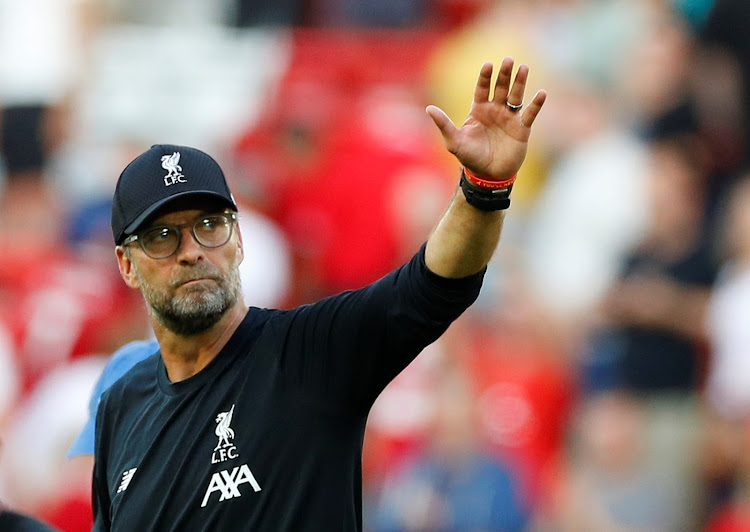 As a result of the postponement, the order of the ties has been changed with the first of the two legs now taking place at Anfield on January 13.
Image: REUTERS/Phil Noble

The first leg of the League Cup semi-final between Arsenal and Liverpool on Thursday has been postponed due to a severe outbreak of Covid-19 infections at Liverpool, the English Football League (EFL) said on Wednesday.

Liverpool had requested the EFL on Tuesday to reschedule the game because of the rise in Covid-19 cases at the club.

The Merseyside club temporarily closed their training ground on Wednesday due to a rapidly growing number of suspected infections at the club.

"The first leg of the Carabao (League) Cup semi-final between Arsenal and Liverpool scheduled for Thursday 6 January 2022 has been postponed following a formal request by Liverpool due to a severe outbreak of Covid infections amongst their management and playing staff," the EFL said in a statement.

Southampton manager Ralph Hasenhuettl said the number of unvaccinated players was too high after the EFL revealed 25% of footballers from its 72 ...
Sport
1 month ago

"The EFL has been in regular dialogue with the club over the past 48 hours in an attempt to understand whether the tie could proceed but significant developments over this period have resulted in the Club reporting an ever-increasing number of Covid cases."

As a result of the postponement, the order of the ties has been changed with the first of the two legs now taking place at Anfield on January 13, while the rearranged game will be played as the second leg at the Emirates on January 20.

The United Kingdom reported 218,724 new Covid-19 cases on Tuesday, a new record for the number of cases reported on a single day in Britain.