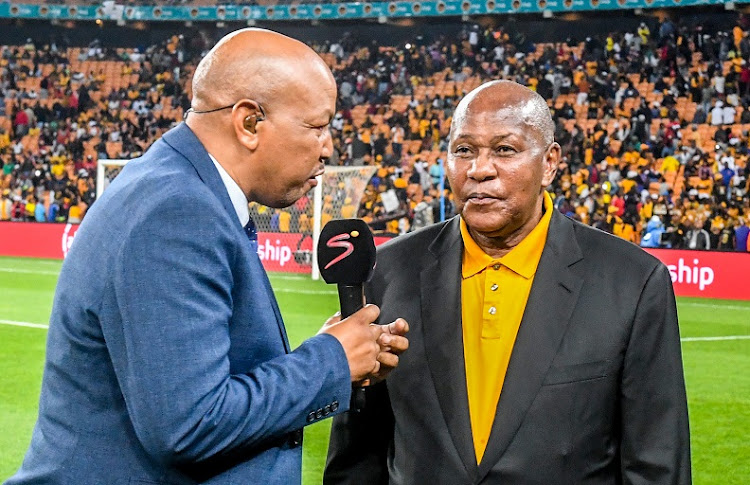 Kaizer Chiefs chairperson Kaizer Motaung says the club was “left dumbfounded” at the Premier Soccer League’s decision to not allow the postponements of Amakhosi’s DStv Premiership matches in December due to an outbreak of Covid-19.

Motaung, also the chairperson of finance for the PSL, said as part of his New Year’s message on Chiefs’ website that the league had to ensure its image does not become tarnished by the attention brought to it by the matter.

Chiefs, initially said they had 36 confirmed cases of Covid-19 among their staff, technical team and players to shut down their headquarters in Naturena, as the club wrote to the PSL in early December asking for the postponement of four matches. The request was declined, and that decision was upheld in a review discussed at four to five PSL executive committee (exco) meetings.

As the number of Covid-19 cases grew to 52 or more, and with staff and players sent home to isolate, Chiefs could not honour their fixtures against Cape Town City and Lamontville Golden Arrows. They managed to put together combinations to play their next three matches, beating Sekhukhune United 2-0, losing 1-0 against Royal AM and winning 2-0 against Maritzburg United.

“The PSL continues to be one of the best leagues on the continent because of how professionally it is run. We continue to be proud of the work done by all involved,” Motaung wrote.

“Our recent experience that saw us not allowed to postpone matches after the Covid-19 attack has still left us dumbfounded. This has also brought a lot of attention on the running of the league and we have to ensure that we do not let this situation tarnish the good image of the organisation.

Chiefs have said they will appeal against the PSL’s decision at the SA Football Association, and potentially in court.

The PSL’s decision was apparently based on precedent, with Cape United having a similar request turned down after an outbreak of Covid-19 at the GladAfrica Championship side in January 2021.

That decision was based on a circular sent to PSL clubs from the exco that Covid-19 cases would not be grounds for postponements of matches.

Kaizer Chiefs will wonder what might have been had a wave of Covid-19 not washed through their headquarters in Naturena, the recovering Amakhosi ...
Sport
4 months ago

Kaizer Chiefs say they will appeal the PSL executive committee’s decision to reject their request for their matches in December to be postponed over ...
Sport
5 months ago

Kaizer Chiefs 'back in training' and will meet Sekhukhune on Sunday

Kaizer Chiefs have said they will put together a match-day squad and honour their DStv Premiership fixture against Sekhukhune United on Sunday.
Sport
5 months ago
Next Article