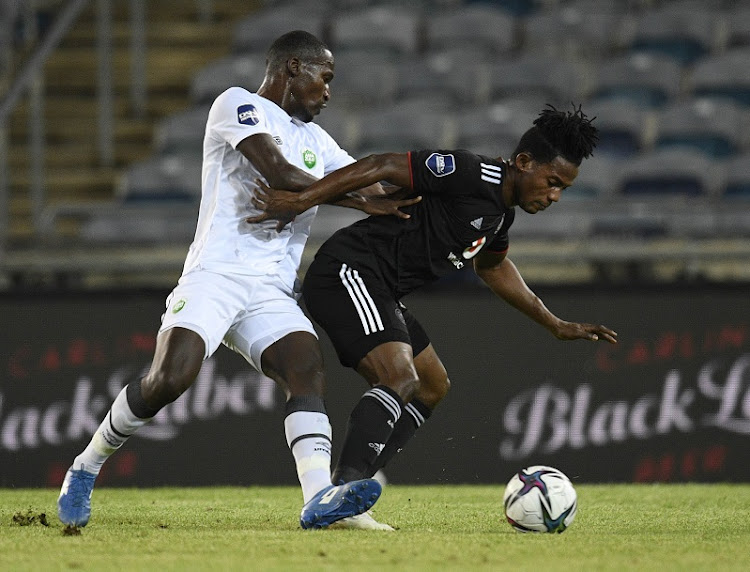 Orlando Pirates have not only gone into the Christmas break in a morale-boosting second place, they have also shown enough signs in a far improved run-in to recess to promise a much stronger second half of the season.

In the 21-year-old, muscular and technically monstrous Ghanaian striker Kwame Peprah they have unearthed a focal point to their attack, a striker capable of banging in goals, and a potential superstar to energise Bucs even further.

Peprah did not score in his first 12 appearances, but looked so good in all of them that it was predicted that once he got off the mark, the floodgates would open.

His two braces in succession at Orlando Stadium — in the 2-1 win against Marumo Gallants, then Thursday night's victory by the same margin against dangerous AmaZulu — were the key factor in Bucs going into the extended Christmas and Africa Cup of Nations break on a high.

Peprah finding his scoring boots comes as Pirates have increasingly shown signs of taking to the game model of co-coaches Fadlu Davids and Mandla Ncikazi.

The movement against AmaZulu of a frontline of Thembinkosi Lorch, whose arrival back from injury has been another crucial aspect of the Bucs finding their spark, Peprah and Ntsako Makhubela, with Deon Hotto adding a dimension from left wingback, was a pleasure for the eye.

“The start of the match was in conjunction with the Kwanda Mngonyama injury, not being able to make the defensive actions and consequently going 1-0 down,” Davids said afterwards.

“We had to take him off and bring in Mabaso, who had a fantastic game and stabilised us on the right.

“Once we went a goal down that was the Orlando Pirates we wanted to see, dominating with the ball, building through the phases, being able to create chances.

“It was 1-1 at the break, and could have been more [to Pirates]. That was a really good reaction from the team knowing how many games we've played in a short space of time and not rotating the squad much.

“The second half was good in terms of, and I'm happy for, Peprah with his movement, his focal point creating moments for us.

“We should have killed off the game with the Terrence Dzvukamanja chance [hitting the post] to make it three, the Fortune Makaringe chance, but AmaZulu had moments where our legs and fatigue crept in.

“A big thank you to management since the new Covid-19 variant has taken over. We went into a bubble and  camp to get through this period, and you could see the fighting spirit and the togetherness where we were not able to get the third and fourth goal, but hung on to get the vital three points to end the year on a good note.”

Pirates return from the break against Lamontville Golden Arrows at Orlando Stadium on February 16.

Orlando Pirates go into the DStv Premiership break in second place thanks to their 2-1 win against AmaZulu on Thursday night.
Sport
6 months ago

Premiership leaders and champions Mamelodi Sundowns are not invincible after all and actually do have some frailties, it seems.
Sport
6 months ago

Kaizer Chiefs assistant coach Arthur Zwane does not think there's a need for the club to dip into the transfer market during the next window and is ...
Sport
6 months ago

The Zimbabwe Football Association (Zifa) being warned by Fifa of a possible ban from the sport presents no back door opportunity for Bafana Bafana to ...
Sport
6 months ago
Next Article