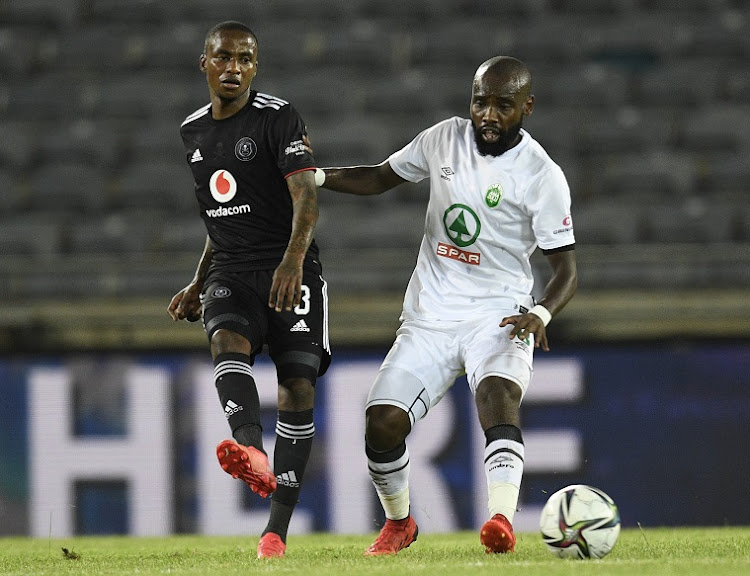 Orlando Pirates go into the DStv Premiership break in second place thanks to their 2-1 win against AmaZulu on Thursday night and, based on the growing strength of their performances, Bucs deserve that placing.

I Pirates have shown an understanding of the forceful game model of co-coaches Mandla Ncikazi and Fadlu Davids, and in Peprah they have a spearhead they hope can come back in the same form after the Christmas and Africa Cup of Nations break in mid-February.

With both teams on 27 points, AmaZulu coach Benni McCarthy predicted a matchup to decide second place at the break that would see the two sides going at each other with no holds barred. And so it turned out.

An opening half where the sides ended a strike apiece featured the intelligent running and interplay of Usuthu's ex-Pirates forwards Thabo Qalinge and Memela. In the other direction quality of movement of Bucs' frontline of Thembinkosi Lorch, Ntsako Makhubela and Peprah, plus left wingback Deon Hotto on the overlap was always a handful with the ball at feet.

Usuthu's Qalinge-Memela combination struck early, the former bursting down the right off a back-heel one-two from Bonginkosi Ntuli and feeding the run into the box of the latter to finish past Siyabonga Mpontshane.

Bucs almost struck back within two minutes as an audacious step over and uncleared cross from Peprah led to Makhubela's header cleared off the line at the right upright.

The action continued. From Lorch's corner Nyauza's header was deflected wide, and Hotto's cross fell to Goodman Mosele on the right to rifle a shot that had Usuthu goalkeeper Neil Boshoff stretched.

'Don't be fooled by the result against Sundowns,' says McCarthy of Orlando Pirates

Just because Mamelodi Sundowns thrashed Orlando Pirates and then AmaZulu beat Downs does not make Usuthu favourites against the Buccaneers in ...
Sport
6 months ago

Bucs had big right centreback Kwanda Mngonyama limp off in the 27th, replaced by Abel Mabaso.

Mosele's chip with the outside of his right boot to set Hotto free on the left of the box to square, Peprah finishing off the weak block of Boshoff.

Boshoff spilt a chip from substitute Fortune Makaringe just back from the break, and had to recover to save at the feet of Lorch.

Peprah had not scored in his first 12 appearances, but looked so good in all of them that it was predicted that when he did the floodgates would open.

The Ghanaian went to his second brace in succession with a deadly finish. In a defensive situation for AmaZulu, Makhehlene Makhaula gave the ball away to allow Mosele to lay the pass for Peprah to finish past Boshoff.

Qalinge had the ball on the left of the box and shot across the face, and substitute Augustine Mulenga took Qalinge's pass to enter the box, making the desperate block.

With Usuthu pushing to seek goals, Makaringe could break and on the left and thread a pass into the path of fellow substitute Terrence Dzvukamanja, who struck the left upright.