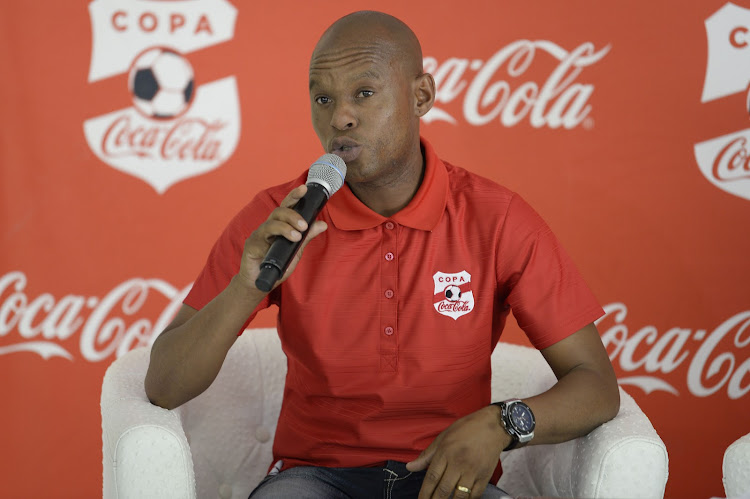 Ertugral, who worked with Mahlangu at Chiefs when the young midfielder made his sensational breakthrough in the late 1990s and early 2000s, said the former SA under-23 and Bafana Bafana attacker was blessed with a natural gift.

“When it comes to Jabu, I have stated this wherever I have had a chance to talk, he was a player I saw as in the level of Ronaldinho,” Ertugral said.

“I have coached all over the world and in three continents. He is one of the most talented players I have ever come across or worked with. He could unlock any defence at any given time.

“He was a naturally gifted player and even now you can still unearth that type of talent in SA in the rural areas and townships. When I took him to SV Mattersburg in Austria, the chairman saw him and asked me if I was sure because they had big and imposing players in the league.

“I said, don’t worry he will unlock them. In the first 10 weeks he was with me at SV Mattersburg he was the player of the week six times, and after the game people had him on their shoulders and he was a hero.

“It is unfortunate what happened off the field but he could have moved from there to even higher levels and he is a player who I could write books about.”

“Jabu and Thabo were special players and they needed to be treated like that  because I don’t believe all players must be treated the same.

“Thabo was a fantastic player, one of the best I have come across in my life and SA doesn’t have players like that.

“He was a player who was dynamic and was very intelligent and I always built the team in those years around Thabo. He was the first in the line-up and he was someone I could talk to when I wanted things to be done. I would love to have someone like that involved in football in SA.

“You need players like Thabo to explain to the younger guys how it was done. When you look back at those years of 2001 and 2002, and compare the type of football that we played then to today, there is no comparison.”