League not forthcoming with clarity 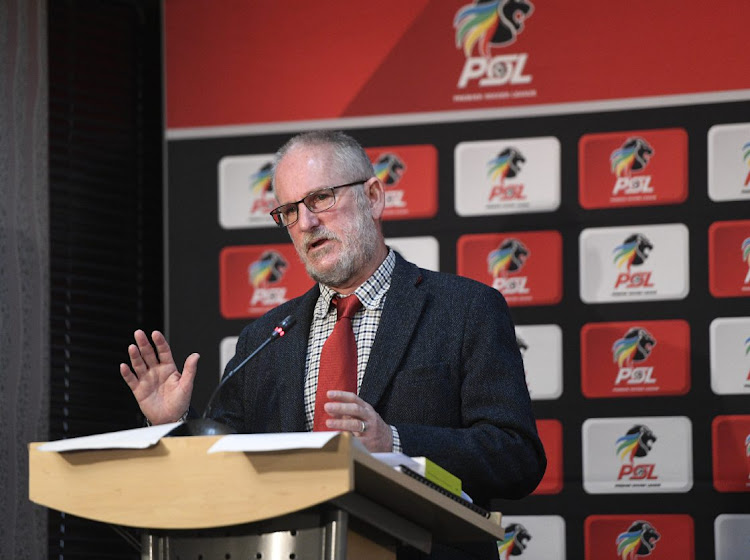 Michael Murphy has quit in a huff as PSL head of legal amid the ongoing Chiefs saga.
Image: Sydney Mahlangu/BackpagePix

Losing two high-profile personnel in Nande Becker and Michael Murphy from its legal department could make it difficult for the Premier Soccer League (PSL) to challenge Kaizer Chiefs’ decision not to show up for matches due to Covid-19.

Murphy did not respond to several requests for comment but speculation was rife yesterday that he left as a direct result of the Chiefs saga, which first came to the fore when Amakhosi stated last week they would be unable to field a team for their match against Cape Town City.

As head of legal, Murphy would have been instrumental in establishing the league’s Covid protocol, which also has a clause barring teams from using a rising number of cases as reason to request postponements. Sowetan understands the league has sought more legal counsel on the matter and an executive meeting that was meant to conclude the matter yesterday was moved to today, pending the outcome of legal consultations.

Chiefs are scheduled to face Golden Arrows in Durban today. However, Amakhosi made it clear yesterday they were once again unable to honour the match as Covid-19 cases at their Naturena village have now surged from 31 to 36.

“Following further consultations with the medical department and management regarding the ongoing Covid-19 outbreak that occurred at the Chiefs Village last week, Chiefs is unable to travel for the scheduled league match against Golden Arrows,” Chiefs said.

While the PSL has remained tight-lipped on this saga, one of its executive members John Comitis – whose side turned up to face Chiefs on Saturday only to be greeted by locked FNB Stadium gates – continued to opine on the matter.

“I hope Chiefs come to their senses and field a team no matter what,” Comitis was quoted as saying by TimesLive.

TS Galaxy eased their relegation pressure when they beat Chippa United 3-1 in a DStv Premiership match played at the Mbombela Stadium in Mbombela on ...
Sport
5 months ago

Mamelodi Sundowns combative midfielder Andile Jali is a man of a few words but he has come out of his shell to spur on his team-mates ahead of their ...
Sport
5 months ago

Cape Town City chairperson John Comitis says he hopes “Kaizer Chiefs come to their senses” and manage to find 11 players to take the field in their ...
Sport
5 months ago
Next Article