TS Galaxy's match against Chippa all about redemption 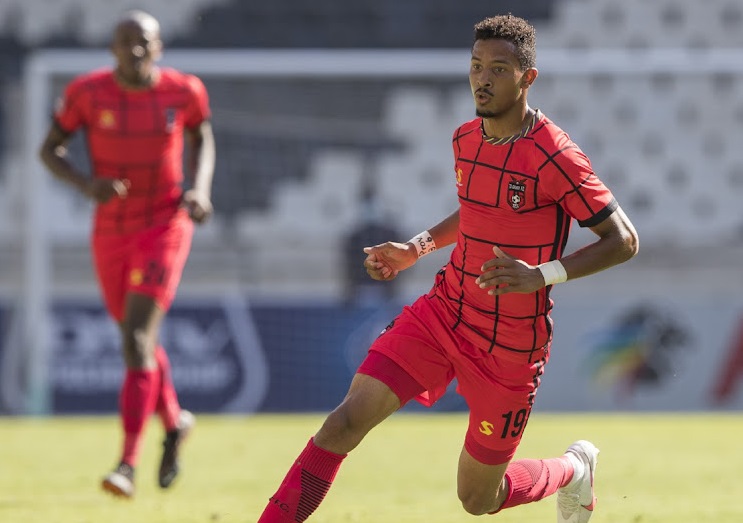 It will be all about redemption for TS Galaxy and Chippa United when they meet in the DStv Premiership match at Mbombela Stadium today at 5.30pm.

Both teams are coming into this fixture on the back of defeats, with Galaxy losing 3-1 to Marumo Gallants while Chippa were edged 2-1 by Golden Arrows at the weekend.

With only a point separating Chippa in 13th place from Galaxy in 15th, both teams are desperate for a victory to move away from the relegation zone.

Galaxy striker Wayde Lekay, who has scored twice in succession, said they can’t afford to drop points as they are in the danger zone.

“It is a big game for us considering where we are on the log and we want to get out as soon as possible,” Lekay told Sowetan yesterday.

“So, it is going to be a tough one and a big game for us. This is an opportunity to bounce back to winning ways.

“I think we have been playing well for the last couple of games but we are not getting the results we needed.”

Lekay is also pleased to be finding the back of the net again but he feels that it means nothing if they are not winning.

“We always work as we can with all the other strikers and credit to the team for the way we have been playing. And I’m happy with the two goals I have scored,” he said.

“If we continue to create chances, we can score more goals. As I said, we need the points and it will be who wants it the most and we have to win since we are playing at home.”

Chippa interim coach Kurt Lentjies said they also could not afford to lose successive matches and he was demanding an immediate response from his players.

“It was a tough loss over the weekend, especially at home, but not much to fix and not much time to do anything, just reflect and have a bit of correction on the couple of faults we made,” he told the club's media department.

“But other than that, I was happy with the performance.

“Like every game is a cup final to us, every game is important. If we can get three points, which I think we could, we will have some breathing space from the bottom as well.

“Our next target is to get three points from a team around us.”

Maritzburg United will not mind a draw against Cape Town City at Cape Town Stadium today (7.30pm).
Sport
6 months ago

TS Sporting chairperson Slungu Thobela has confirmed coach Milton Dlamini is no longer with the club, reiterating his faith in goalkeeper coach ...
Sport
6 months ago

Keep your heads up, Nhlapho tells SuperSport after loss

Siyabonga Nhlapho has urged his SuperSport United teammates to dust themselves off and go again after suffering a 0-1 defeat against Sekhukhune ...
Sport
6 months ago

The uncertainty surrounding their game against Kaizer Chiefs hasn’t stopped Golden Arrows from preparing as normal.
Sport
6 months ago
Next Article