Mourinho's latest outburst further proof all is not well at Roma 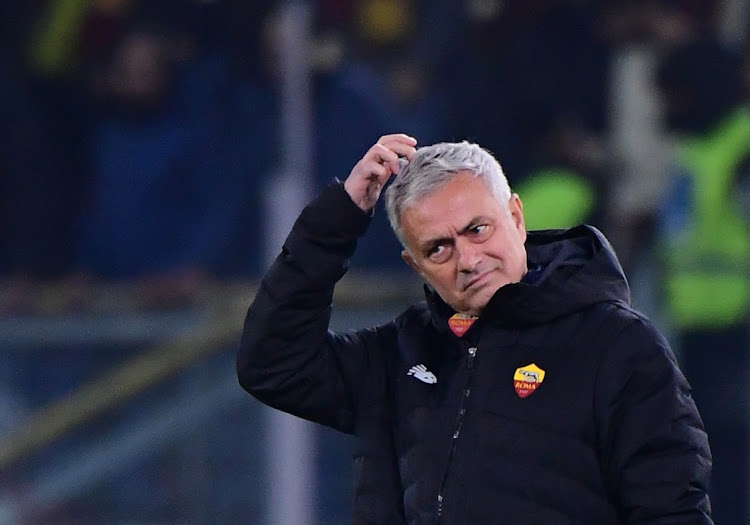 Rome - AS Roma are in freefall, with the cracks continuing to widen as the same Jose Mourinho gripes remain headline news in the Italian capital.

All was going so well for Mourinho on his return to Serie A at the start of the season.

Back to coach in Italy, where he had steered Inter Milan to an unprecedented treble during his last spell in the country, Mourinho led Roma to six wins from his six opening matches in all competitions.

Italy seemed like the perfect place for Mourinho to revitalise his coaching career after he had been sacked from his previous two jobs at Tottenham Hotspur and Manchester United.

Results, however, soon took a turn for the worse, as Mourinho's men slid down to seventh in the Serie A standings, having won only five of their last 13 league matches.

As is often the case with Mourinho, he has looked elsewhere when searching for someone to blame for Roma's slump.

Referees have been subjected to Mourinho's ire on several occasions this season, while after October's humiliating 6-1 defeat by Norwegian side Bodo/Glimt in the Europa Conference League, it was the players who the Portuguese targeted.

"If I could pick the same players every time I would, but it is a risk. There is a difference in quality between one group of players and the other," Mourinho said after the game in Norway.

Following Saturday's 3-0 loss at home to Inter Milan - a very one-sided affair from start to finish - Mourinho's news conference after the match was spiky, even by the 58-year-old's standards.

"Your job is a lot easier than ours, which is why we earn a lot more than you," Mourinho snapped after refusing to answer the first question from journalists.

His television interview was no less fractious as he refused to take questions from pundits in the studio, before giving one monologue viewpoint of the game, adding in another excuse for the defeat.

"Today, with injuries and suspended players, it was very, very difficult."

After escaping from Watford with three barely merited points on Wednesday, Premier League leaders Chelsea face another tough test tomorrow in their ...
Sport
6 months ago

Bundesliga top spot up for grabs as Dortmund face Bayern

The timing of tomorrow's clash between hosts Borussia Dortmund and Bundesliga leaders Bayern Munich could not have been better, with a point ...
Sport
6 months ago

Liverpool manager Juergen Klopp said his team had shown they have learnt to handle the unique atmosphere of derby games after they turned on the ...
Sport
6 months ago

Pep Guardiola's Manchester City side will not be taking their foot off the gas in the Premier League title race after a hard-fought 2-1 win against ...
Sport
6 months ago
Next Article