Another blow for PSL as Michael Murphy resigns as legal head 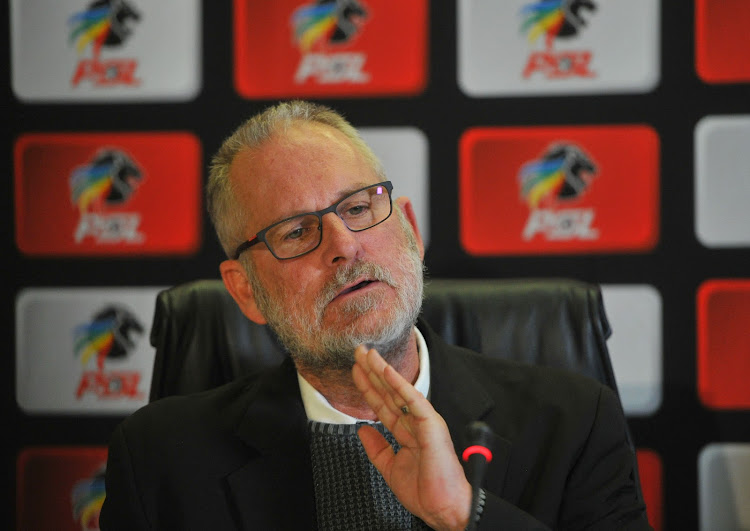 This has left the league reeling as it comes after the resignation, effective from the end of November, of PSL prosecutor Nande Becker.

Murphy’s departure comes as a particular blow to the PSL. He had performed a crucial role establishing the league’s club licensing agreements, and was in the process of working with the SA Football Association (Safa) and government in establishing the Covid-19 protocols that allowed a return to play during the pandemic.

Becker’s departure has left the PSL rudderless in the prosecutions department at a time when Kaizer Chiefs were unable to honour their DStv Premiership fixture against Cape Town City at FNB Stadium on Saturday due to the Soweto club having an outbreak of 31 Covid-19 cases at its Village in Naturena.

Becker had given the cause of his resignation in the media as for “personal reasons”.

Chiefs are scheduled to meet Lamontville Golden Arrows at Princess Magogo Stadium in Durban on Wednesday.

The PSL executive meets today to deliberate on Kaizer Chiefs’ failure to honour a weekend fixture due to high Covid-19 cases in their camp, with ...
Sport
1 month ago

Amakhosi late last week had written to the PSL asking for the postponement of all four of their matches in December.

TimesLIVE is reliably informed that the request was declined by the PSL on Friday. This was also discussed in a PSL executive committee meeting on Friday.

However, the PSL’s executive committee is set to meet again on Wednesday morning to review the situation.

The PSL has issued no official communication on whether Chiefs’ request was declined, and what the status of Saturday’s Chiefs-City match was.