Spoils shared between Stellenbosch and Sundowns 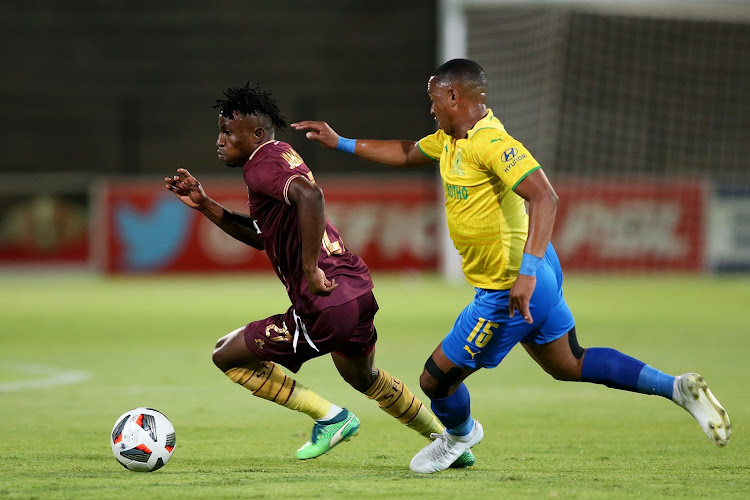 Stellenbosch held defending champions Mamelodi Sundowns to a 1-1 draw in their lively DStv Premiership match at a windy and wet Danie Craven Stadium on Saturday night.

With this share of the spoils, the Brazilians have opened a nine-point lead at the summit of the table ahead of second-placed Royal AM, who played to a goalless draw with AmaZulu in the match played earlier on Saturday.

Stellenbosch remain in fourth place, but coach Steve Barker will be worried that they have failed to register three points in their last five outings, where they managed three draws and two losses.

Both teams return to league action on Wednesday with Sundowns hosting Royal, in a top of the table clash at Loftus, while Stellenbosch will be at home to SuperSport United.

There were not many scoring chances in the opening exchanges with Stellenbosch attacking through Ashley du Preez, Junior Mandieta and Augustine Dimgba.

Mamelodi Sundowns and Herbalife Nutrition have announced a multi-year partnership which is the global nutrition company's first major sports ...
Sport
1 month ago

Sundowns relied on Peter Shalulile, Themba Zwane, Thabiso Kutumela and Haashim Domingo to threaten a Stellenbosch defence that was marshaled by Robyn Johannes and Zitha Kwinika.

Stellenbosch took the lead shortly before the half-time break when Mandieta sent Sundowns goalkeeper Kennedy Mweene the wrong way from the penalty spot.

Mendieta’s goal was the third conceded by Sundowns, who went 13 matches without leaking before they drew 2-2 with SuperSport United in the Tshwane derby last week.

Sundowns drew level shortly before the half-hour mark through a well-taken shot by Lyle Lakay for his first goal of the season, after he received a pass on the edge of the box from Kutumela.

Both teams went at each other in the closing stages but there were no goals as they settled for a share of the spoils.