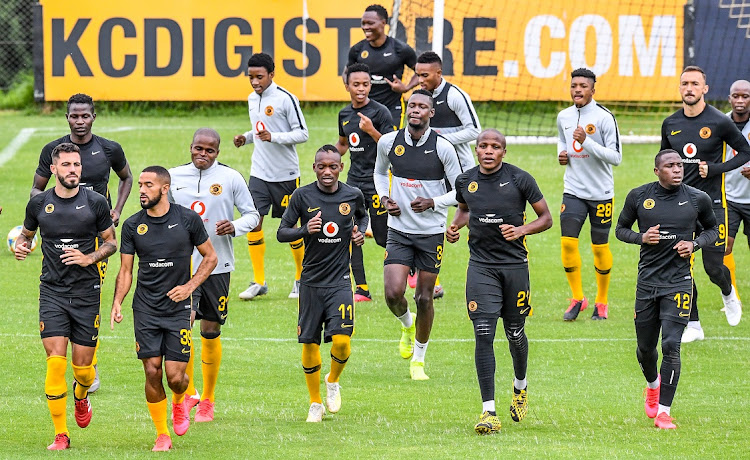 Kaizer Chiefs players warming up during a media open day at the Kaizer Chiefs Village in Johannesburg on February 19 2020. Chiefs' Village has been closed this week due to an outbreak of Covid-19.
Image: Sydney Seshibedi/Gallo Images

Kaizer Chiefs have asked the Premier Soccer League (PSL) to postpone their four matches in December due to an outbreak of Covid-19 cases among players and staff at Naturena.

Early on Friday morning, Chiefs said 31 people tested positive for Covid-19 at the club, resulting in the closure of Kaizer Chiefs Village in Naturena this week. Amakhosi said they consequently do not have the numbers to field a team, and they regard this as a “force majeure” situation.

They asked the PSL to postpone their DStv Premiership match against Cape Town City at FNB Stadium on Saturday, and three other league matches in December.

Chiefs said: “As Kaizer Chiefs communicated in the last few days leading up to the game against Swallows FC [on Sunday], the club has instituted stricter Covid-19 management protocols after several positive Covid-19 cases affecting the team and general personnel.

“Our protocols are always strict, but we have had to be more stringent in the past two weeks, given the increasing number of infections in Gauteng and the country.

“Players and staff at Kaizer Chiefs FC have been closely monitored for symptoms during the Covid-19 pandemic and have been tested regularly. More personnel tested positive this week as we were preparing for Saturday’s game.

“As a result of this outbreak that has seen no less than 31 people test positive for Covid-19, Kaizer Chiefs Village is temporarily closed until next week.

In what looks like a move to pave the way for some sort of normality by the Premier Soccer League (PSL), late kickoffs are returning to programming ...
Sport
5 months ago

“The club has written to the PSL to request a postponement of the four upcoming games in December against Cape Town City, Golden Arrows (December 8), Sekhukhune United (December 12) and Royal AM (December 22) to avoid risks of infection and further spread of the virus and allow those affected to recover and complete their quarantine period before they can play against other teams.

“We view this as a case of force majeure as what the club is experiencing as a consequence of Covid-19 and the protocols it is obliged to implement is totally beyond the control of the club.

“The club does not at the moment have sufficient players nor technical team to constitute a team. We have appealed to the league to seriously consider the matter for the sake of everyone’s health and safety, because there are many other people involved in organising a game.

“The team will be closely monitored by our medical team while we continue to maintain Covid-19 risk mitigation protocols.”

TS Galaxy midfielder Mlungisi Mbunjana has highlighted the importance of winning their game against Marumo Gallants to put some distance between them ...
Sport
5 months ago

An invigorated Kaizer Chiefs crushed struggling Swallows 3-1 in the Soweto derby in Dobsonville on Sunday to shoot to second place on the DStv ...
Sport
5 months ago

Playing more games than any other goalkeeper at Kaizer Chiefs this season hasn’t tempted Daniel Akpeyi to regard himself as the club’s undisputed ...
Sport
5 months ago
Next Article