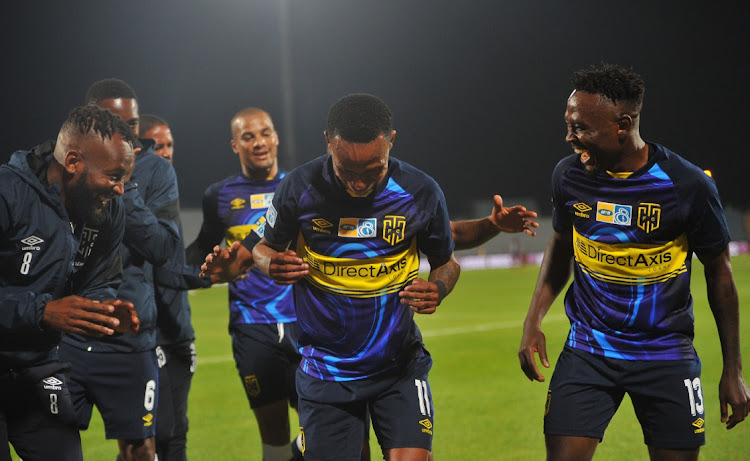 Cape Town City remain on schedule to fly to Johannesburg on Friday afternoon for their DStv Premiership match against Kaizer Chiefs at FNB Stadium on Saturday.

On Friday, Chiefs asked the Premier Soccer League (PSL) to postpone their four premiership matches in December, starting with Saturday's game against City, after a Covid-19 outbreak at their base in Naturena.

Amakhosi said 31 people at the club tested positive for Covid-19, resulting in the closure of their village in Naturena and at the time of publishing this story the PSL were still locked in an executive committee meeting discussing this matter.

City spokesperson Julian Bailey told TimesLIVE on Friday, just after 1pm, that their travelling squad remain on course to fly to Johannesburg to honour their league fixture.

“As things stand, the flights have been booked for Friday afternoon and we are still travelling to Johannesburg to honour our fixture against Kaizer Chiefs on Saturday.

“If there are any changes, the chairman [John Comitis] will advise us accordingly,” said Bailey.

The other matches Chiefs have asked to be postponed are against Golden Arrows (December 8), Sekhukhune United (December 12) and Royal AM (December 22).

Kaizer Chiefs have asked the Premier Soccer League to postpone their four matches in December due to an outbreak of Covid-19 cases among players and ...
Sport
1 month ago

PSL to discuss Kaizer Chiefs' request for postponement of matches

Kaizer Chiefs' request to the Premier Soccer League (PSL) to postpone the club's four league matches in December will be discussed at an executive ...
Sport
1 month ago
Next Article