Bundesliga top spot up for grabs as Dortmund face Bayern 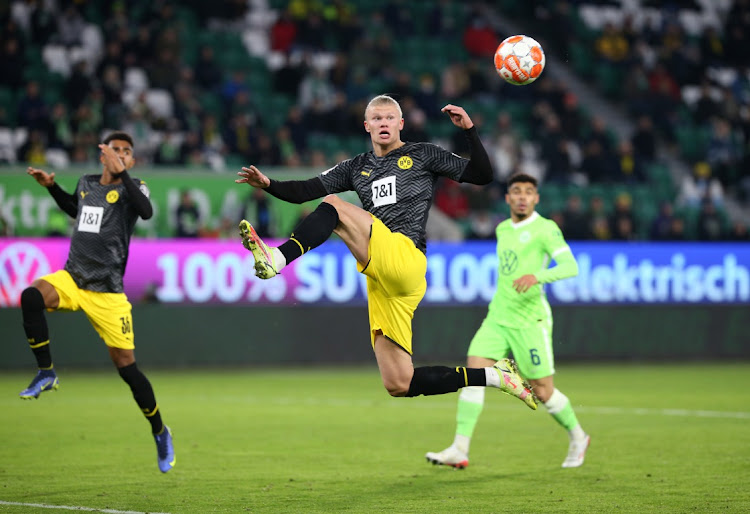 Berlin - The timing of tomorrow's clash between hosts Borussia Dortmund and Bundesliga leaders Bayern Munich could not have been better, with a point separating the teams and top spot up for grabs.

With fans across Germany relishing a more competitive season than the previous nine and with Bayern gunning for a 10th consecutive Bundesliga crown, Dortmund are the only team left within striking distance of the Bavarians.

Bayern are top on 31 points from 13 games, with Dortmund on 30 and Bayer Leverkusen in third a further six points behind.

Dortmund have not enjoyed a good run against Bayern in recent seasons, having lost their last five league matches against them.

Even though the Signal Iduna Park will not be full due to renewed Covid-19 rules, the Ruhr valley club will look to break that run, with youngsters Jude Bellingham and Erling Haaland leading the charge.

England midfielder Bellingham has been in stellar form this season, carrying the Dortmund game forward with a maturity well beyond his 18 years, with two goals and three assists so far this season.

The 21-year-old Norway striker Haaland may only have come back from a six-week injury break last week but he needed just nine minutes after coming on as a substitute to score and wrap up a 3-1 win at VfL Wolfsburg.

Dortmund had struggled to replace him in attack, with Haaland having netted 10 times and fired 32 shots on goal in seven league appearances this season.

"When Erling is in the squad it triggers something with the team," Dortmund CEO Hans-Joachim Watzke told Sky television.

However, Bayern are not short on firepower themselves.

He missed out on the big prize of the world's best player to Lionel Messi in the vote by journalists, but there is arguably no striker who is currently in better form than the Pole.

Lewandowski is equally deadly when facing his former club, having scored 20 goals in 14 league games against Dortmund - more than any Bundesliga player against a former team.

With players gradually returning from their Covid-19 quarantines, the champions will look for the win that could keep them top until the winter break later this month.

Liverpool manager Juergen Klopp said his team had shown they have learnt to handle the unique atmosphere of derby games after they turned on the ...
Sport
7 months ago

Pep Guardiola's Manchester City side will not be taking their foot off the gas in the Premier League title race after a hard-fought 2-1 win against ...
Sport
7 months ago

Thomas Tuchel admits Chelsea were lucky to win at Watford

Chelsea manager Thomas Tuchel admitted his side were fortunate to emerge with a 2-1 victory at Watford that kept them top of the Premier League on ...
Sport
7 months ago

Arsenal defender Gabriel fought off an attacker wielding a baseball bat during an attempted robbery at his north London home in August, the Daily ...
Sport
7 months ago
Next Article