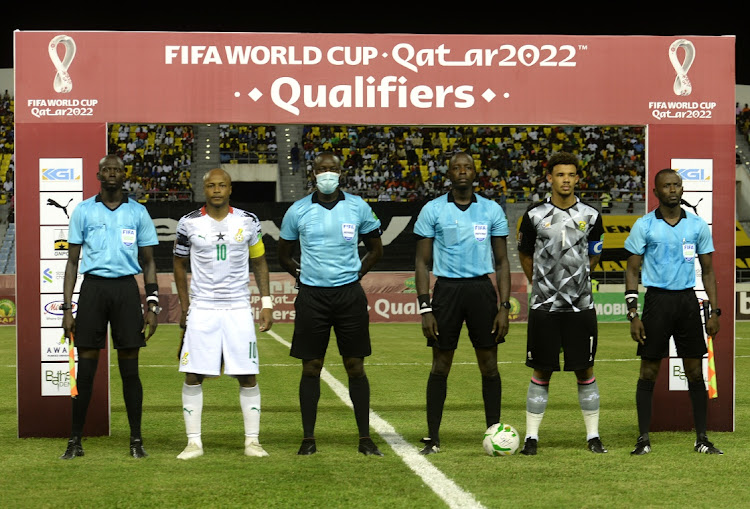 The SA Football Association (Safa) may go to the Court of Arbitration for Sport (CAS) should they not get a satisfactory outcome in SA's appeal regarding the World Cup qualifier against Ghana last month.

Bafana Bafana are still awaiting word from the world football governing body after complaining that Senegalese referee N’Diaye Maguette had allegedly manipulated the match, which SA lost 0-1 to bow out of contention for a playoff spot.

It has been several days since the Fifa disciplinary committee met to decide Bafana’s qualifying fate and as South Africans are anxiously waiting for the response, Safa CEO Tebogo Motlanthe has asked for patience.

While Fifa had initially stated a verdict would be made after the case was heard on November 23, Motlanthe said that was not the case as the world body needs time to arrive at a conclusion.

“I think as South Africans the mistake we have made is that everyone thought the decision will be announced on November 23,” Motlanthe explained to Sowetan yesterday.

“Remember, they said they are going to listen to the matter on the 23rd. Fifa didn’t say they were going to give a decision on that day, so let’s just give them their time to do their work.

“There are a lot of things they are dealing with. If they don’t give you a good reason, you can still go and challenge the matter with CAS. So they rather do their work and we give them the space.”

Motlanthe also revealed that more people in Ghana have come forward and added more information which will be helpful to Fifa in their investigation.

This follows a Sunday World report that an unknown official from Ghana had travelled to Senegal before the match and allegedly would have met the referee for bribery. It is also believed this is prolonging the Fifa review as they continue with their investigations.

“There has been a lot of information that is coming from Ghana itself about a lot of things, so they are giving us information,” he said.

“Fifa said if there is information you get, you must disclose it. If not, then you are part of it. So we will wait and see and not put pressure on them. Let them do their investigations. We ask everyone to remain patient.”

Dylan Kerr has been unveiled as the new coach of Swallows FC.
Sport
5 months ago

Swallows chair David Mogashoa: 'We have not spoken to Gavin Hunt'

Swallows chairman David Mogashoa has confirmed that the club will announce its new coach later on Tuesday - but it will definitely not be Gavin Hunt.
Sport
5 months ago

Former Bafana Bafana coach Gordon Igesund says he would be interested in a dramatic return to coaching in the top flight with Swallows FC should the ...
Sport
5 months ago
Next Article