Galaxy captain reckons they're on a right track 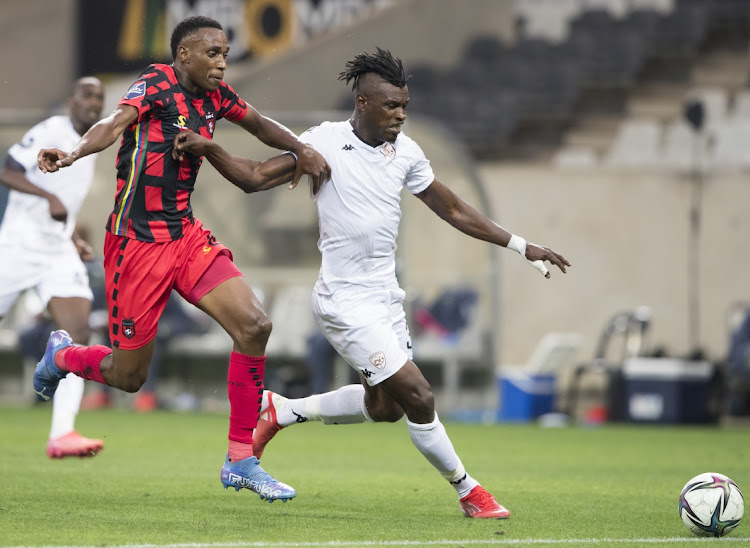 TS Galaxy striker Mxolisi Macuphu has credited Sead Ramovic for instilling belief in the players as he continues to turn around the fortunes of the club since he took over a few weeks ago.

The Rockets have shown improvement since the German coach took over last month. In six matches he has been in charge, he recorded two wins, one draw and three defeats.

Macuphu said Ramovic instilled the character and hunger in the players and it is starting to pay off with results now coming. “The coach has come in and noticed that we do have the quality. We have never doubted ourselves from the beginning,” Macuphu said.

“We always believed that we are a top-eight team and he came in and installed that. He has instilled the character, hard work and mentality within us and it is paying off now.”

The Rockets showed that character when they came from 2-0 down to draw 2-2 against Cape Town City at the weekend. This is the attitude the captain believes will take them far this season.

“I think we will start getting the points. I’m getting to do the job as well. As a captain, being down there is not always easy.

“At the end of the day, I think it has been working for us, the courage to come back from 2-0 down against Cape Town City and winning against Swallows. I think we are on the right track.”

With a victory and a draw in their last two matches, Galaxy will look to build on that when they visit Marumo Gallants at Peter Mokaba Stadium tomorrow at 5.15pm.

“I think we all know when it comes to Dan Malesela, he likes keeping the ball, so it is another big shift for us, especially since we are also a ball-keeping team.

“We like moving the ball around. It is going to be a tough game. It is something big and who wants it the most will be important.”