Masutha rues his luck as Callies show him the door 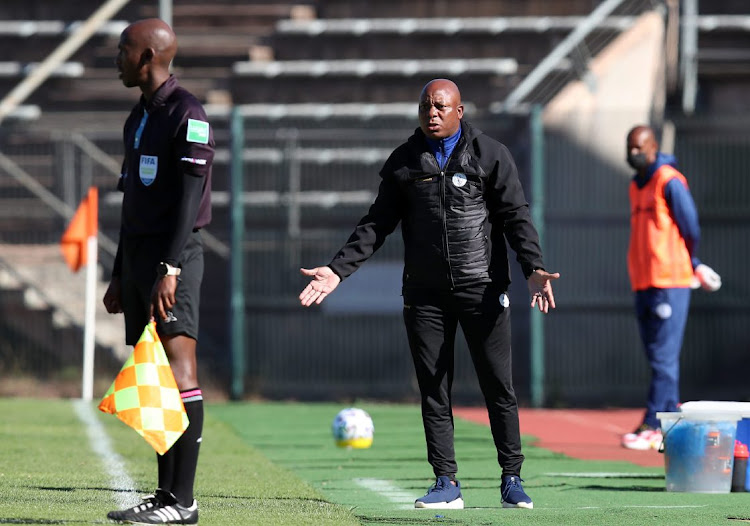 While Pretoria Callies chairman Moses Malada assumes being overconfident may be the main reason coach Joel Masutha struggled at the club, Masutha has attributed his shortcomings to being unlucky.

Masutha and Callies parted ways on Friday following a string of uninspiring results. The former Black Leopards trainer, who’d joined Callies towards the end of last term, oversaw 13 matches this season, winning only four, with eight defeats and managing one draw.

At the start of the season, Masutha emphasised he’d no excuses to fail to inspire Callies to the Premiership, having been given luxury to sign more than 20 players including veteran strikers Collins Mbesuma and Edward Manqele.

“We gave him the whole support. He had a good pre-season. We gave him luxury to sign players he thought would deliver. I think maybe it was an issue of being overconfident because he’s been around in this league,’’ Malada told Sowetan yesterday.

Giving his version of what transpired, Masutha chalked up his rather unsuccessful spell at the Tshwane side to lack of luck. The retired goalkeeper feels it was just not meant to be, thanking the players for giving their all.

“There’s nothing I would say went wrong. If you look at the 13 games we played, I think it’s only two games where we lost because the opponent was better than us. The other games we played so well, so I can just say I didn’t have the luck that’s needed to win games,’’ said Masutha yesterday.

“It was not meant to be. I think someone will have more luck than me. The players gave their all and there weren’t rewarded, so it was better for me to resign.’’

Former Kaizer Chiefs striker Edwin Sitayitayi, who’s still an active player at the side, has since been given the reigns on an interim basis. Malada has revealed they’re looking for a low-profile coach, who’s a track record of lasting longer in a job.

“We don’t want someone who’s been moving from one club to another because that’d a repetition of what we had. We want someone who stays longer at one club. We won’t rush the process and Sitayitayi will continue until we find the right man,’’ stated Malada.

AmaZulu coach Benni McCarthy is tired of drawing matches, and he wants his team to start picking up the maximum points.
Sport
5 months ago

Gavin Hunt remains the hot favourite to take over the coaching job at Swallows to replace Brandon Truter.
Sport
5 months ago

We are like Sundowns but with bigger support, says Ncikazi

Orlando Pirates coach Mandla Ncikazi told Liberian media that the Buccaneers were on par with Mamelodi Sundowns after their 2-0 victory over local ...
Sport
5 months ago

Truter a few hours before sacking: 'There was only one team and that was Swallows'

Swallows were the better side despite losing the Soweto derby 3-1 at home against Kaizer Chiefs, coach Brandon Truter insisted after the match on ...
Sport
5 months ago
Next Article