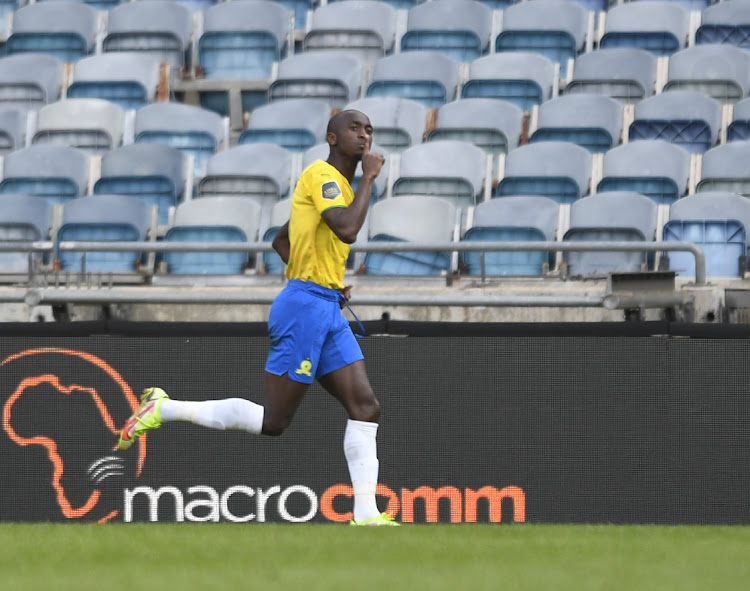 Mamelodi Sundowns are not counting their chickens before they hatch in the DStv Premiership title race, according to their co-coach Rulani Mokwena.

The Brazilians established a nine-point gap at the top of the log table, but the outspoken Mokwena refused to get carried away and warned that a lot can still happen in the long season.

The Tshwane giants defeated newcomers Sekhukhune United 2-0 at the Tuks Stadium at the weekend to become the first team to reach the 30-point mark this season.

A brilliant goal from on-from Neo Maema in the first half and a second-half penalty by Themba Zwane helped the Brazilians to end their two-game winless run in the league.

They had played to a goalless draw against Cape Town City and a 2-2 draw in the Tshwane derby against SuperSport United and bounced back to their winning ways against the newly-promoted outfit.

Sundowns finished the game with a man down after captain and goalkeeper Denis Onyango was recorded with five minutes remaining.

It has been a bad week for the Ugandan goalkeeper, who committed two blunders against SuperSport United in the derby that resulted in his team throwing a two-goal lead.

Onyango committed a professional foul on Tshediso Patjie to concede a free-kick and received his marching orders.

As he did against SuperSport, Mokwena sympathised with Onyango and said he took one for the team as he was backed into a tight corner and had no option but to commit the foul.

“The back pass forced the goalkeeper to take one for the team. He did not expect the pass, and he had no other option but to foul the attacker. The error compromised Denis a little bit. We will do a closer analysis of the incident. We make mistakes and take ownership of the mistake together at this club,” said Mokwena.

“The red card happened when he tried to save the team. It is not a form of ill-discipline. The club will deal with it internally.”

The Brazilians are at the top with 30 points, nine ahead of second-placed Stellenbosch from 12 games, and Mokwena warned his team not to think that the title race would not be a walk in the park.

“The wisest man learns from the mistakes of others. It is a long season, and we overtook Kaizer Chiefs, who were 14 points ahead of us two seasons ago. We won’t count our chickens before they hatch. Even if we get to 60 points, we will not relax. We do not look at the points; we are focusing on building a strong team,” added Mokwena.

Orlando Pirates continued to go about their business on the continent quietly when they beat LRPC Oilers of Liberia 2-0 in an away encounter at ...
Sport
7 months ago

Neo Maema is not only becoming a key player at Mamelodi Sundowns but he is also winning the hearts of Masandawana supporters with his impressive ...
Sport
7 months ago

Golden Arrows will hope to end their five-game winless run in the DStv Premiership when they play host to Baroka at the Princess Magogo Stadium on ...
Sport
7 months ago
Next Article