Barker still proud of his boys 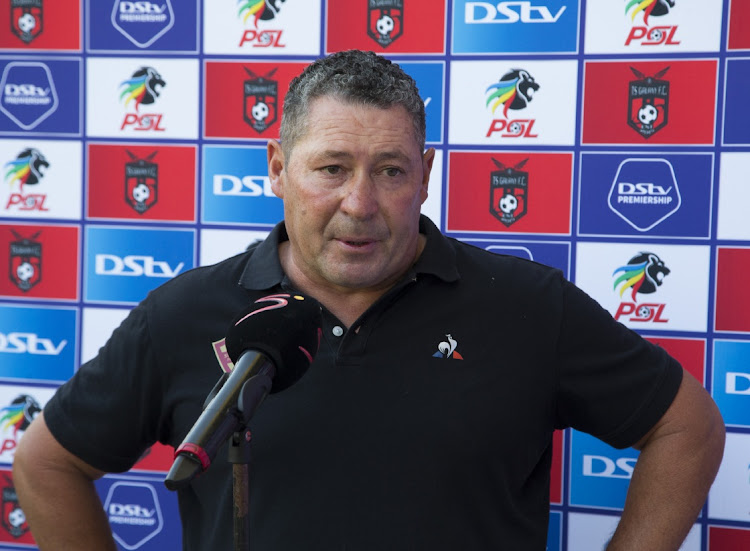 Wheels are seemingly falling off for Stellenbosch, who were seen as one of the surprise packages just a few weeks ago, after suffering their second successive defeat at the hands of Royal AM at Chatsworth Stadium yesterday.

Tebogo Potsane’s solitary strike, a minute before the hour mark, sank Stellies while surging Royal to third spot on the Dstv Premiership table. The Cape side travelled to Durban still licking their wounds, having been thumped 3-0 by Orlando Pirates midweek. The defeat at home to Pirates was their maiden this term.

Stellies coach Steve Barker was still proud of his boys’ effort in Durban, highlighting they put in a better shift than on Wednesday against the Sea Robbers at home in the winelands. Barker also reserved some special praise for the players he introduced later on, with Stanley Dimgba and Jayden Adams some of the substitutes who changed the game for them.

“I think we had a far better performance today [yesterday] than midweek [against Pirates], especially in the first half we pressed them hard in their half and created numerous situations where we could have scored,’’ said Barker.

“Overall, I am disappointed with the result but I am pleased with some aspects of our game. We showed resilience. A lot of players put up their hands, especially those that came on in the last 20, 25 minutes.’’

Arrows took the lead via Thubelihle Magubane in the 13th minute before Pule Mmodi doubled their advantage on the half hour mark. Christopher Sithole then pulled one back for the visitors, Denwin Farmer netted a goal that made it 2-all in the 80th minute. Richard Mbuli was sent off for dissent 10 minutes before Farmer's strike.

Mamelodi Sundowns are not counting their chickens before they hatch in the DStv Premiership title race, according to their co-coach Rulani Mokwena.
Sport
5 months ago

Orlando Pirates continued to go about their business on the continent quietly when they beat LRPC Oilers of Liberia 2-0 in an away encounter at ...
Sport
5 months ago

Neo Maema is not only becoming a key player at Mamelodi Sundowns but he is also winning the hearts of Masandawana supporters with his impressive ...
Sport
5 months ago
Next Article