Brooks has to prove himself, says Ramovic 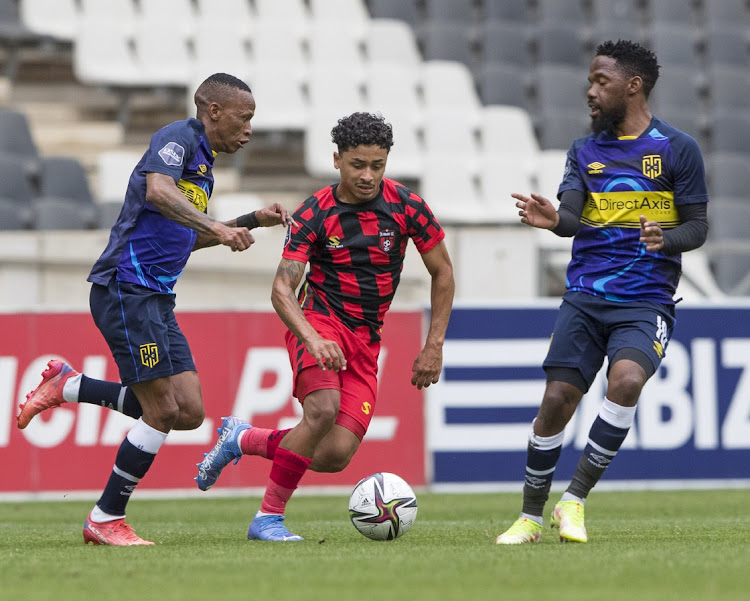 TS Galaxy coach Sead Ramovic has demanded more from Ethan Brooks, insisting the Bafana Bafana star must prove himself in order to be given more minutes on the field.

This is after Ramovic unexpectedly substituted the 20-year-old Brooks in the 31st minute of their 2-2 league draw against Cape Town City at Mbombela Stadium over the weekend. Galaxy came from behind twice to snatch a point.

“Ethan is a great quality player. He’s probably one of the best in SA, but today [on Saturday] it wasn’t his day. So he has to keep going… he has to keep improving. He must prove himself,’’ Ramovic said.

The German trainer made it clear Brooks won’t get preferential treatment that he’s a national team hero. The Galaxy midfielder has been a key Bafana member under coach Hugo Broos in recent months.

“He’s young and still learning. We will of course help him to continue learning, but the thing is that if he doesn’t help himself, it’ll be tough. We have 25 great quality players and everybody has to fight for his place, that also applies to Ethan,’’ emphasised Ramovic.

On the game against City, the Galaxy coach bemoaned the way they started. The hosts conceded the first goal, scored by Mduduzi Mdantsane in the first minute before Mxolisi Macuphu equalised two minutes later.

“We didn’t start well. We can’t concede a goal after just one minute, so we have to rectify this. We have to start the game with a lot of energy,’’ said Ramovic.

The Citizens were ahead again just two minutes post the hour mark when Mdantsane completed his brace, however, Wayde Lekay struck in the 89th minute to make it 2-all.

“After conceding very early, we came back and scored. I am sure that if the game continued beyond 90 minutes, we would have scored a third goal,’’ added the Galaxy trainer.

AmaZulu are becoming this season’s draw specialist after playing to a 1-1 draw with Maritzburg United in the KwaZulu-Natal derby at Harry Gwala ...
Sport
8 months ago

Wheels are seemingly falling off for Stellenbosch, who were seen as one of the surprise packages just a few weeks ago, after suffering their second ...
Sport
8 months ago

Mamelodi Sundowns are not counting their chickens before they hatch in the DStv Premiership title race, according to their co-coach Rulani Mokwena.
Sport
8 months ago