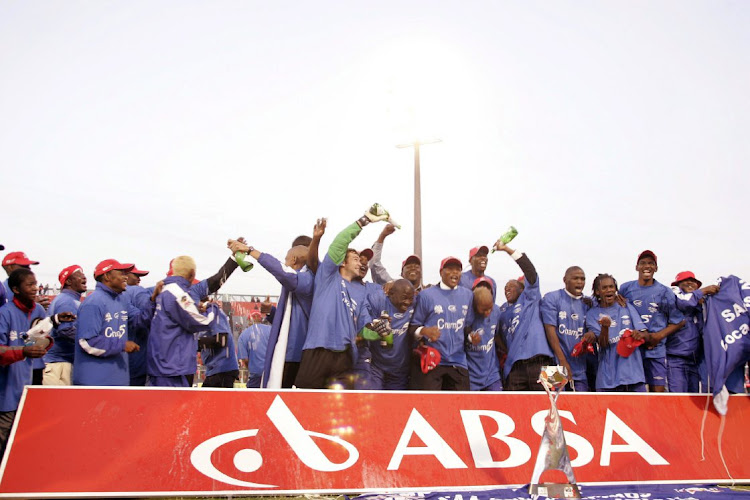 A deliberate shifting of goalposts is taking place at SuperSport United. For a club who set the domestic football scene alight by winning three successive championships between 2008 and 2010, Matsatsantsa a Pitori seem to have found comfort in being among the DStv Premiership’s also-rans, always threatening to challenge for the title but never quite there.

This shift in strategy, according to Stan Matthews, is intentional, as the club hierarchy have decided to remodel SuperSport into a club who unearth rough talent, rather than compete for the main trophy.

“We know that in SA there’s the big three [Mamelodi Sundowns, Kaizer Chiefs and Orlando Pirates]. We are happy to be just outside the big three,” SuperSport CEO Matthews explained.

Naysayers will squirm at Matthews’s admission that SuperSport are deliberately offering the other cheek when they could be more competitive, as seen when they became the first side to score a league goal against Sundowns this season in the Tshwane derby this week, which ended 2-2.

But Matthews is convinced exploits of more than a decade ago, when they won three titles in a row, cannot be replicated in the near future. “We’ve accepted that we won’t compete financially with the likes of Sundowns. Look at Manchester City [in the English Premiership] now. Teams like Arsenal and Tottenham could never compete with them because you can’t compete against a chequebook when you have a normal budget. When we won those three leagues, it was not by accident. We had finished second under Pitso [Mosimane], who also took us to five successive cup finals. But things have changed.”

The focus now for SuperSport is on producing their own talent, and cashing in when necessary to balance the books. This they’ve done consistently, with the likes of Aubrey Modiba and Grant Kekana sold to Sundowns in the past year.

Star player Teboho Mokoena, Matthews confirmed, was also in his last days. “He will be sold at the end of the season,” the SuperSport boss said.

“We’ve never been afraid to lose our best players because we are always able to replace them. When we renewed the contract of Yeye [Reneilwe Letsholonyane], the aim was for him to help us groom Mokoena and [Sipho] Mbule, and it worked. There already are players waiting in the wings to replace Mokoena. Talent [Thalente] Mbatha and Iniesta [Selaelo] Rasebotja are there, you will hear of them for sure.”

SuperSport may have been unable to mount a successful title challenge but they hold the unique record as the only PSL side not to finish outside the top eight since 1996.

“We also have a strong cup tradition. Since I’ve been here we’ve been to 17 cup finals. I would like our current squad to understand that’s our history, to compete in cup finals. We have to do better in the Nedbank Cup this season and also aim for a top-four finish. Despite inexperience in our squad, this is possible.”

Kaizer Chiefs coach Stuart Baxter views their 1-all draw with AmaZulu on Wednesday as a missed opportunity to demonstrate their title credentials.
Sport
2 days ago

AmaZulu coach Benni McCarthy was spitting fire in his virtual media conference after Wednesday’s 1-1 league draw away to Kaizer Chiefs, accusing the ...
Sport
2 days ago

Mamelodi Sundowns will not use goalkeeper Denis Onyango as a scapegoat for throwing away a two-goal lead against SuperSport United in their Tshwane ...
Sport
2 days ago

SuperSport United coach Kaitano Tembo praised his side for their never-say-die attitude in the Tshwane derby against Mamelodi Sundowns in their 2-2 ...
Sport
2 days ago
Next Article