Coach hopes Billiat will be available against Swallows 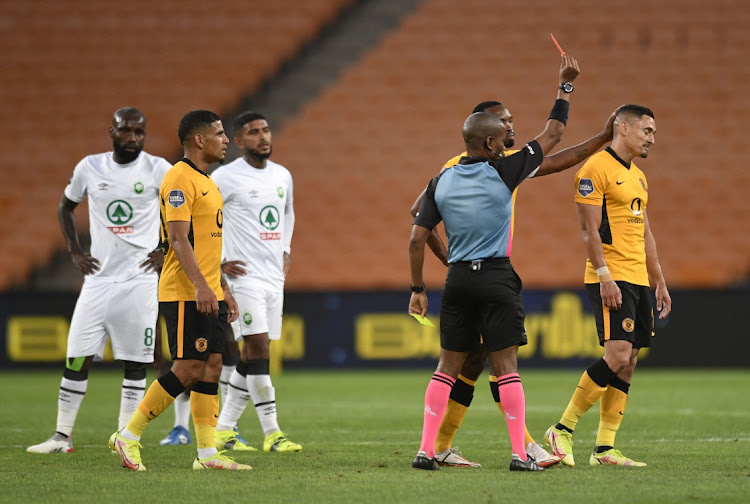 Kaizer Chiefs coach Stuart Baxter views their 1-all draw with AmaZulu on Wednesday as a missed opportunity to demonstrate their title credentials.

Chiefs, who were reduced to 10 men when Cole Alexander received his second yellow card on the hour mark, scored first via an own goal by Keagan Buchanan in the 20th minute. Bonginkosi Ntuli came off the bench to make it 1-1 in the 76th minute. Both sides ended with 10 men as Samkelo Mgwazela also received his marching orders later on.

With SuperSport United holding leaders Mamelodi Sundowns to a come-from-behind 2-2 stalemate in a synchronised tie, Baxter rued the missed chance to close the gap between them and the Brazilians.

“We threw away a chance tonight [on Wednesday] to pull ourselves back into the [title] race seriously. Hopefully we will do that again if the chance arises. To start talking about winning the league after a performance like tonight isn’t realistic. You’ve [got] to improve this performance before you can start saying we have a chance to win the league,’’ Baxter said.

“If you’d asked me before tonight if we’re picking up, I’d have said yes. Our form has been good. It’s been battling performances when we needed them and we’ve been technically good as well. I don’t want to include the game against AmaZulu in our good run.’’

Baxter is keeping his fingers crossed that his charges will put on an improved display against the Birds.

The Amakhosi trainer bemoaned the absence of Khama Billiat against Usuthu, hoping he will have shaken  off the illness that saw him miss the game at FNB Stadium.

“Hopefully we will get back to the right track against Swallows. We missed Khama. Bernard [Parker] has been doing very well in that wider role, his movements have been great, but tonight it wasn’t the same [because he played more central where Billiat usually operates]. I like Bernard coming from the angle rather than playing next to goal. Hopefully Khama is well to play on Sunday,’’ Baxter said.

AmaZulu coach Benni McCarthy was spitting fire in his virtual media conference after Wednesday’s 1-1 league draw away to Kaizer Chiefs, accusing the ...
Sport
2 months ago

Mamelodi Sundowns will not use goalkeeper Denis Onyango as a scapegoat for throwing away a two-goal lead against SuperSport United in their Tshwane ...
Sport
2 months ago

SuperSport United coach Kaitano Tembo praised his side for their never-say-die attitude in the Tshwane derby against Mamelodi Sundowns in their 2-2 ...
Sport
2 months ago

Veteran Kaizer Chiefs full-back Ramahlwe Mphahlele has cautioned his teammates against thinking Swallows will be pushovers because of their poor form.
Sport
2 months ago
Next Article