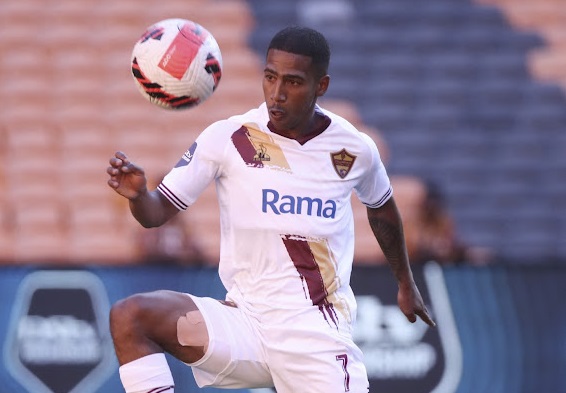 Stellenbosch workhorse Deano van Rooyen has narrated how losing both parents within four months triggered his desire to be a better version of himself.

Van Rooyen has been a key member of Stellenbosch this season, forging what’s arguably one of the best midfield partnerships in the Premier Soccer League (PSL) with Nathan Sinkala. The 25-year-old utility midfielder has hardly missed a game for Stellies thus far this season.

In March, the lad from Cloetesville in Stellenbosch, lost his father followed by his mother, who passed away  in July. Without revealing how this tragedy happened, Van Rooyen opened up about how the passing of his parents contributed to the person and a player he is today.

“Losing both your parents within a year could either break you or allow you to become a better person. It's  important how we process things that are happening to us or even around us, especially the painful ones,’’ Van Rooyen told Sowetan.

"I decided to process my calamity to something that can motivate me to become the best football player. Many team members, club members, family members and friends supported me well and that helped me big deal to put all the hurtful events behind me and focus on playing football.”

The Stellies ace still held his parents dear despite the fact that he never spent the better part of his childhood with them as he was forced to live with his aunt, who happens to be his current teammate Ashley Du Preez’s mother, to seek better education. The parents of Stellies duo are sisters.

“My upbringing was tough. I lived with my parents up until I had to start primary school at the age of seven. From there, I decided to go and live with my aunt, who’s Ashley’s mom, in Idas Valley because I wanted to attend school in Idas Valley since they had better schools than in my hood. So I didn't live with my parents, but I had great love for them,’’ Van Rooyen stated.

The impressive run Stellenbosch are having is a result of the their resilience and team spirit, says striker Ashley du Preez, who is not surprised by ...
Sport
1 week ago

Swallows have denied speaking to coach Gavin Hunt as a possible replacement for under-fire Brandon Truter at the club.
Sport
1 week ago

If Orlando Pirates’ inconsistency is anything to go by, May 2022 will mark exactly 10 barren years since they last won the Premiership title.
Sport
1 week ago
Next Article