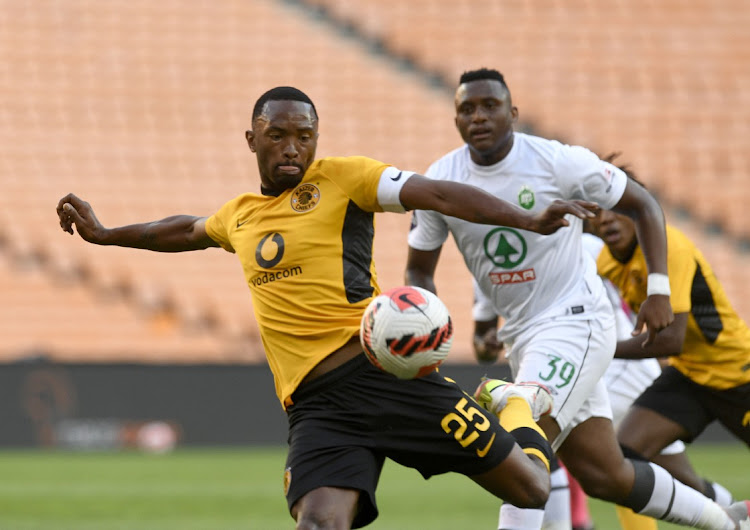 Coming off the bench at the start of the second stanza, Bonginkosi Ntuli scored a goal that denied Kaizer Chiefs maximum points against AmaZulu at FNB Stadium yesterday.

Ntuli’s strike ensured the dramatic game finished 1-all, cancelling out an early own goal by Keagan Buchanan. Chiefs were reduced to 10 men when Cole Alexander received his second yellow for a foul on Thabo Qalinge on the hour-mark. Chiefs coach Stuart Baxter then sacrificed Phathutshedzo Nange, bringing in Akumu Agay to play Alexander’s defensive role.

AmaZulu’s Samkelo Mgwazela was also sent off for fouling Lebogang Manyama in the 85th minute, having first being cautioned for a challenge on Bernard Parker nine minutes before the hour-mark.

After he started all Chiefs’ 11 league outings before yesterday, Khama Billiat didn’t make match-day squad due to an unspecified illness with Kgaogelo Sekgotla replacing him. In Billiat’s absence, skipper Parker assumed a central role up front, while Sekgotla was slotted at left wing.

AmaZulu started without an out-and-out striker while their midfield was overloaded with three personnel in Buchanan, Siyethemba Sithebe and Makhehleni Makhaula.

The first period was evenly balanced in terms of ball retention but the hosts made more inroad into the visitors’ box. Keagan Dolly and Njabulo Blom combined brilliantly on the right side, penetrating the Usuthu rearguard. Blom was also solid when Chiefs had to defend, negating speedy Usuthu winger Qalinge.

At the other end, Augustine Mulenga was a thorn in the flesh of the Chiefs defence. However, the Zambian attacker lacked support to make meaningful impact. Makeshift Chiefs left-back Reeve Frosler, who primarily operates at right-back, was substituted after suffering what looked like a concussion in the 24th minute. Another right-back in Ramahlwe Mphahlele was introduced at left-back.

Amakhosi’s persistence was rewarded in the 20th minute when they scored via Buchanan’s own goal. The Usuthu midfielder beat his own keeper Veli Mothwa, slotting home from a brilliant low-driven cross by Dolly, who was initially teed-up by Blom.

As the nation continues to wait for the Fifa disciplinary committee to announce its decision on the tense dispute between SA and Ghana, it has ...
Sport
1 week ago

Mamelodi Sundowns' impressive defensive record will be put to the test when they take on SuperSport United in the Tshwane derby at Loftus on ...
Sport
1 week ago
Next Article