Mokwena leaps to the defence of Sundowns goalie Onyango: 'Football is a game of mistakes' 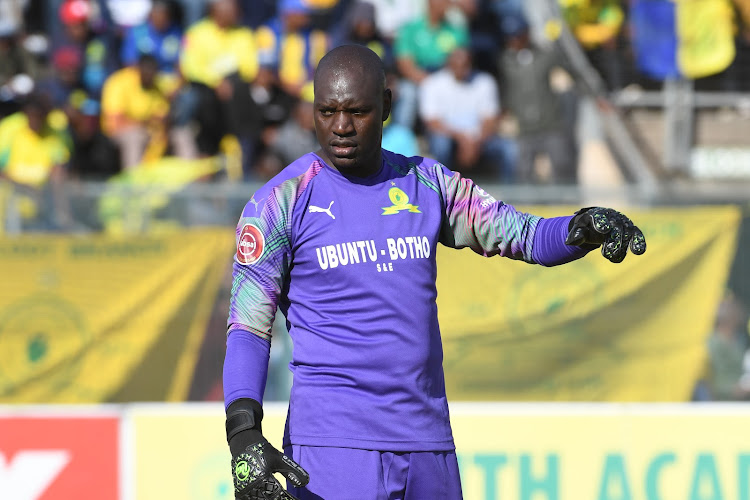 Mamelodi Sundowns coach Rulani Mokwena has leapt to the defence of goalkeeper Denis Onyango after his mistakes allowed SuperSport United to salvage a point in the 2-2 draw between the two Tshwane neighbours in the derby on Wednesday.

Onyango, who contributed seven clean sheets to their record–breaking 13-match run where they did not concede a goal in the league, was at fault for United’s two goals by Gamphani Lungu and Teboho Mokoena.

For United’s first goal, Onyango spilt a speculative long-range shot from outside the box that was taken Jamie Webber and he was duly punished by alert Lungu after 68 minutes.

For the equalising goal, Onyango should have done better as he was once again beaten by a long free kick by Mokoena and United held on for the remaining 10 minutes to earn a draw.

Before United clawed their way back through Lungu and Mokoena, Sundowns looked in complete control of the match after early goals by Neo Maema and Peter Shalulile.

“Football is a game of mistakes and part to being a goalkeeper is the understanding that yours might be more costly than many other players that are on the pitch,” reflected Mokwena.

“The reality is that Denis is a top goalkeeper and, as they say, one swallow doesn’t make a summer. These are part of the game, he’s got our support and we will make the corrections and analyse the game like we always do even when we have won the game.

“We try to get the lessons and try to improve, even in difficult moments and today was a difficult moment. We will still do our corrections and analyse for everybody and not just Denis.”

Mokwena also asked Sundowns supporters to support Onyango and not make him the scapegoat for having dropped two crucial points at home against city rivals.

“I know the state of football says when you make mistakes you become the scapegoat, so we have to refrain from that because how many other times has he helped us when we have been talking about all these clean sheets.

“A lot of these clean sheets had to do with Denis, so let’s not be quick to forget but let’s appreciate, lets love our players and appreciate their efforts in good and bad moments.”