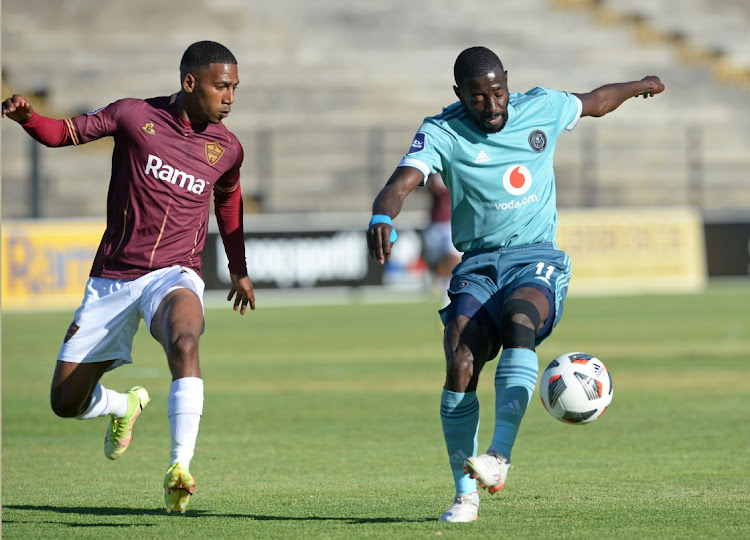 Orlando Pirates scored their biggest win of the season and handed Stellenbosch their first defeat at the Danie Craven Stadium yesterday, Pirates emerging 3-0 victors after a dominant performance.

A brace by Deon Hotto and another goal by Collins Makgaka ensured Pirates won only their four match in 12 DStv Premiership games but more importantly, the victory gave some breathing space to joint coaches Mandla Ncikazi and Fadlu Davids.

They had been under pressure after a string of indifferent results which saw Bucs lose ground to the championship contenders who include the high-riding Stellenbosch.

Ben Motshwari returned to the Buccaneers line-up having come in for the suspended Abel Mabaso, with Terrence Dzvukamanja also starting for Bucs while Stellies remained unchanged.

After a lively start, Pirates grabbed the lead on 20 minutes after a knockdown from the far left of the area by Hotto released an unmarked Makgaka to execute a neat finish.

The Buccaneers doubled their lead within a minute when Hotto this time robbed Alan Robertson of possession to go on and beat goalkeeper Sage Stephens with a low strike.

Stellenbosch looked for an instant response and nearly found it through a powerful free-kick from Junior Mendieta, but Siyabonga Mpontshane's reflexes matched the strike.

Pirates entered the second half in mean mood and increased their lead through a stern finish from Hotto after clever combination play between Kwame Peprah and the lively Makgaka.

Pirates next travel to Liberia for a CAF Confederation Cup fixture this weekend, while Stellies visit Royal AM on Sunday.

Elsewhere yesterday, Marumo Gallants were held to a 0-0 draw by Maritzburg United at the Peter Mokaba Stadium.

Swallows have denied speaking to coach Gavin Hunt as a possible replacement for under-fire Brandon Truter at the club.
Sport
1 week ago
Next Article